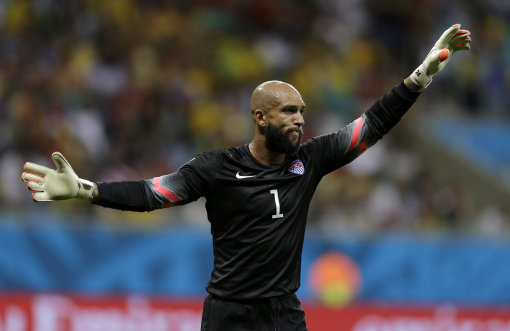 The national over-excitement at Tim Howard’s record-breaking performance against Belgium in the World Cup last 16 has just about reached its zenith, with the ‘keeper receiving phone calls from President Barack Obama and U.S. Secretary of Defense Chuck Hagel to personally thank him for “defending America” against the rampaging Belgian hordes.

“Tim Howard has shown himself to be a national treasure, Minister of Defense, Friend of Joe Biden, and the holder for the record of most saves in a World Cup match.

“Therefore, we politely request that we rename the airport to recognize his accomplishments, and meritorious service to the United States of America.”

People of America, you know what to do!