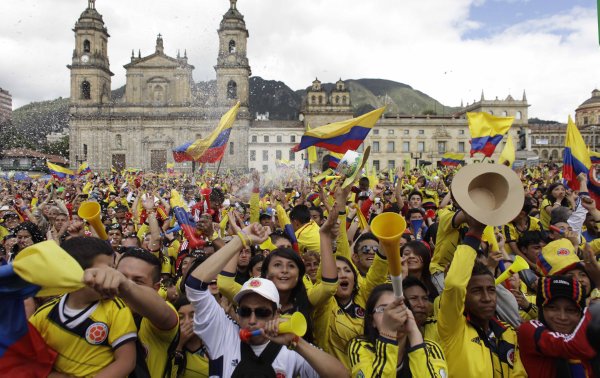 President Santos announced that the half-day holiday is specifically to free public employees so they can watch the Brazil tie.

“I want to announce all public officials that we have decreed a half holiday on Friday, so everyone can watch the match,” said El Presidente. “The civic day starts at 1pm. and I tell you already you need to celebrate calmly and in peace.”

Santos’ calls for peace come after at least 10 people were reported to have been killed across Colombia amid the ensuing riotous celebrations that followed Los Cafeteros’ opening World Cup victory against Greece.