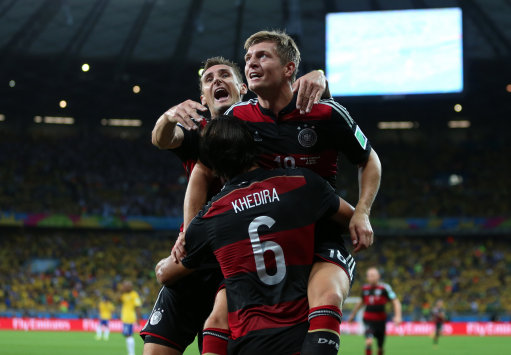 Thankfully, we’ve got another one of those cool “heat map” things to accurately demonstrate how the Twitter activity intensity panned out across the world…

Another Twitter record was broken after Sami Khedira scored Germany’s fourth of the evening too, as a peak of 580,166 Tweets per minute were sent (mostly by bewildered Brazil fans in a state of emotional apoplexy, we imagine) in the aftermath of the goal – once again smashing the previous record of 388,985 which was set when Brazil knocked Chile out two weeks ago!