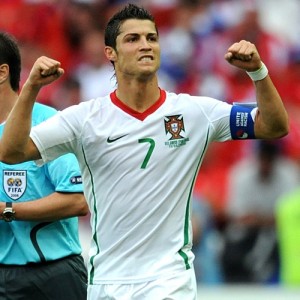 Since the rules were changed by Fifa, unfairly in my view, to ensure that Cristiano Ronaldo’s Portugal didn’t draw Russia or France, it’s been fairly clear how the play-offs would turn out. Like this, to be exact:

You have to feel a bit sorry for G-Trap’s Ireland, who have landed a very tricky tie against France. The French aren’t all that and have no chance of winning the World Cup, but they still have enough talent to trouble the Irish, though I’d only make Terry Henry and co. slight favourites.

Elsewhere, Portugal & C-Ron will be delighted to have drawn Bosnia – FIFA wouldn’t like the idea of a World Cup without the World’s Best Player, after all – while Russia will be similarly chuffed to be up against Slovania, although the latter are no mugs and could shock Arshavin and co. Ukraine v Greece is perhaps the most difficult to call. Based on what I’ve seen of Ukraine in England’s qualifying group (I thought they looked mediocre at best), I will back the Greeks.

My predictions to qualify:

What do you make of the draw, and who do you tip to go through? Comments please…

Check out the latest World Cup news at the Partybets World Cup site.