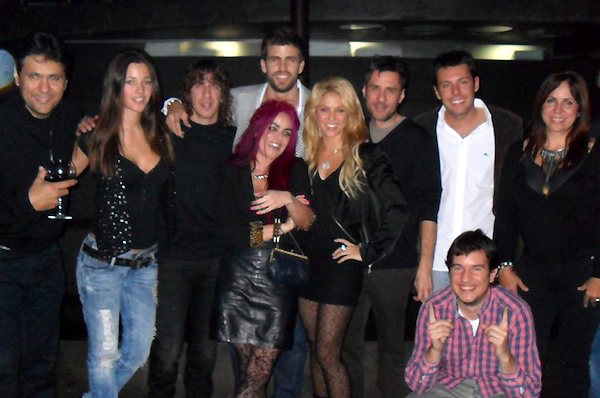 There’s a bright new star in the WAG galaxy tonight…

Gerard Piqué has all but confirmed his relationship with pop star Shakira by posting a pic of himself with the Colombian singer on his Facebook page (see above).

Piqué published the photo reportedly as a courtesy to Barcelona manager Pep Guardiola, who thought that persistent rumours in the Spanish and Colombian media about the pair’s relationship were affecting the player. (No word on whether it has affected Shakira’s performance.)

In the photo, Pique stands with Shakira and other friends, including defensive partner Carles Puyol and Puyol’s model girlfriend Malena Costa (second-left).

Shakira ended her on-off relationship with boyfriend Antonio de la Rua last month. Pique also split up with his girlfriendat the start of 2011.