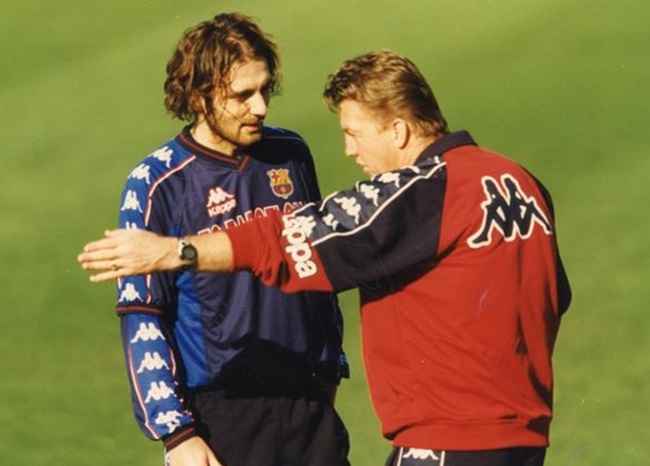 Christophe Dugarry has been fondly reminiscing about the ill-fated season he spent as a Barcelona player, describing his truncated stint at the Camp Nou as a “living hell”.

The French forward moved to Barca for the 1997/98 season but quickly found that he wasn’t regarded particularly highly by then-coach Louis van Gaal, who fielded him on just seven occasions.

Still, Dugarry managed to fall foul of the pugnacious Dutchman, who made his life a misery with nit-picky micro-management and other miscellaneous haranguing.

Speaking to RMC Sport, the 44-year-old revealed that he even resorted to feigning tears in order to worm his way out of the club:

I went to his (Van Gaal’s) office and pretended to cry so they would let me leave. I told him, ‘I cannot stay, I want to go.’

He would criticise me, saying ‘you lost possession in the 23rd, 48th and 53rd minutes, why?’ and you would have to think of something to say.

I couldn’t take it anymore, those were a horrible six months and were like a living hell!

Let’s face it, the tears were genuine, weren’t they Christophe?

Perfectly understandable, given that playing under Van Gaal must be utterly exasperating at the best of times.