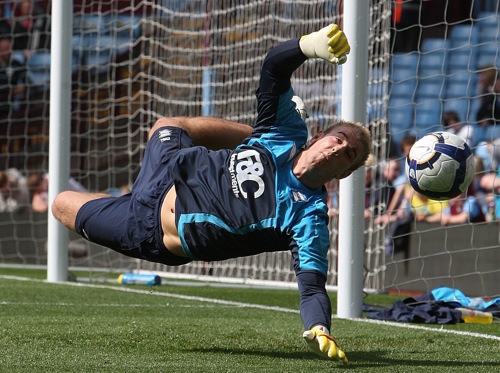 Hart, Hart wherever you may be

Birmingham City were many pundits’ tip to go down this season. After enduring a poor start to the season with six losses in their first nine games, those expectations seemed accurate. However, with a much-publicised change in formation and a run which saw Alex McLeish’s men not suffer another defeat until the New Year, the Blues were the Premier League’s biggest surprise package in 2009-10.

• Joe Hart went from bench-warmer to prospective England No.1 in a year

Goalkeeper: How to replace the brilliant Joe Hart? The obvious answer is… with Joe Hart, if the board room at Birmingham can convince Man City to give up their ‘reserve’ keeper again. This would be Birmingham’s best solution, but it seems unlikely, so Alex McLeish has made an offer for another young English goalkeeper in Ben Foster. The Man Utd man has lost his confidence at Old Trafford and badly needs a move away.

Defence: Scott Dann and Roger Johnson were relatively expensive signings for a newly promoted team. The gamble paid off, as their ability to read the game and their outstanding physical presence led to many teams leaving St. Andrews bruised and frustrated. The composure of Stephen Carr on the right and Liam Ridgewell on the left completed a reliable back four that should be in place next season. That said, beyond the first team Birmingham’s options are not quite as good. Expect McLeish to continue his habit of plucking talent from Scotland and the lower leagues, with potential targets including Derby’s Miles Addison and Middlesborough’s Sean St. Ledger. 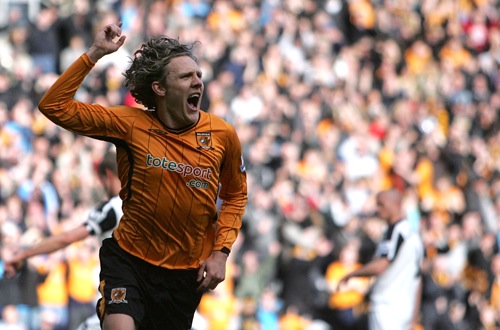 Midfield: The signing of Barry Ferguson was always a gamble given his poor stint at Blackburn, but the Scot has matured and his composed performances and trademark tenacity helped shield the defence well. It was a similar story for Lee Bowyer, who is enjoying an Indian summer. Birmingham lack strength in depth on either flank though. The classy, resolute James McFadden had a fine campaign but some genuine pace is required if Birmingham wish to add counter-attacking to their sturdy defensive work. Ryan Babel was a target but waiting to see if his form can improve at the World Cup before signing him might be a good idea. From the relegated teams, signing Hull’s Jimmy Bullard and Stephen Hunt would really strengthen the Blues’ midfield roster.

Forwards: After not exercising their option on Chucho Benitez’ loan, Birmingham have freed up some money to pursue a big-name striker. Birmingham lacked goals this season and despite the effort Benitez put in, this was the main reason for his departure. Cameron Jerome failed to convince either. The goal-scoring talents of Carlton Cole have already been bid for, according to reports, but it will be a tough battle for his signature this summer. Tottenham’s Roman Pavlyuchenko is also a reported target, as is the prolific (in Scotland anyway) Kris Boyd.

Birmingham undoubtedly had a great season. The issue now is building on that success, and at least they do have money in the bank – standing still is not enough in the Prem and Big Eck will soon discover that the only game that matters is the next one.