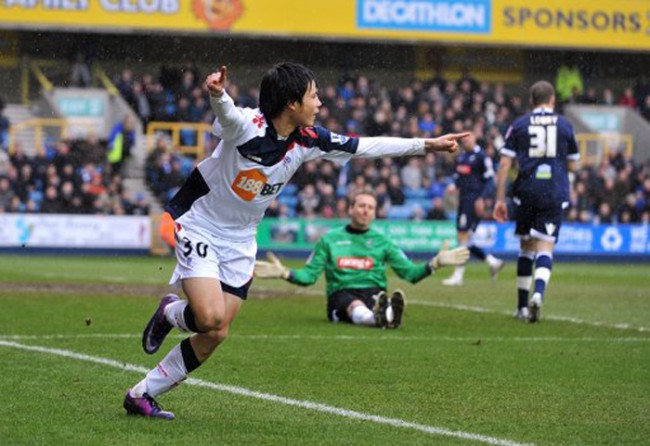 On the same day that his parent club Arsenal fell flat at the Stadium of Light,  19-year-old loanee Ryo Miyachi was helping Bolton to an impressive 2-0 victory away at the New Den.

The Japanese winger was a constant threat for the visitors all afternoon, after he had opened the scoring on just four minutes. Catching the Millwall defence flat-footed from a free-kick, Miyaichi outpaced his marker before curling home a superb effort.

The Lions struggled to get a hold of the game in the first period, as the Premier League side dominated for long periods.

Liam Trotter and Andy Keogh did come close for Kenny Jackett’s side late on, but ultimately it was Owen Coyle and co. who would deservedly make it through to the last eight of the competition.