Thanks largely to some woefully haphazard defending, Stoke powered their way past Bolton at Wembley yesterday afternoon and into the FA Cup final for the first time in the club’s history – with a three-goal burst before half-time effectively killing off the game in the Potters’ favour.

Matthew Etherington, Robert Huth and Kenwyne Jones all struck before the interval, with a second-half from Jon Walters rounding off the 5-0 rout and ensuring Tony Pulis’ side a place in the final alongside Man City on May 14th.

By reaching the final, Stoke are also in a position to secure themselves European football next season as, if they manage to win the FA Cup or should City win and also hold on to claim fourth spot in the Premier League, it will be Potters that are credited with a berth in the Europa League for 2011/12.

By way of contrast, Bolton captain Kevin Davies has apologised to the club’s travelling support for their performance – and when a three-line apology manages to crowbar in the words ’embarrassing’, ‘ashamed’, ‘sorry’, ‘devastated’, ‘very emotional’ ‘terrible’, ‘horrible’ and ‘we deserve all the criticism’ you know that something must have gone a tad skewiff somewhere along the line.

That should be enough to silence the detractors for the time being…at least until the next time Rory Delap slings one into the box from the half-way line with his mighty gibbon arms. 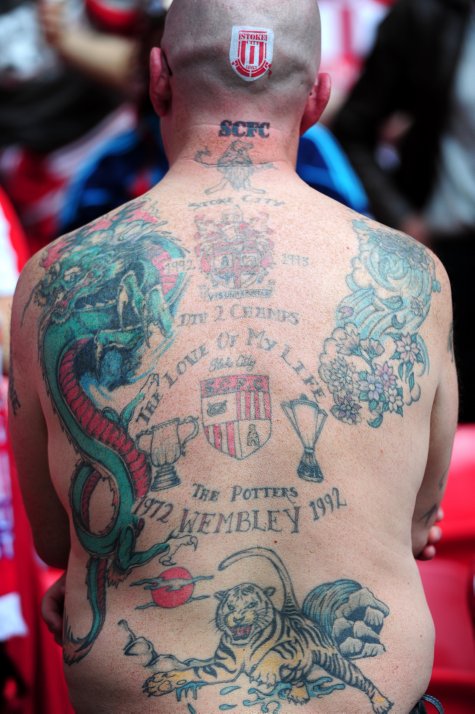 A Stoke fan airs his tattoos before kick-off 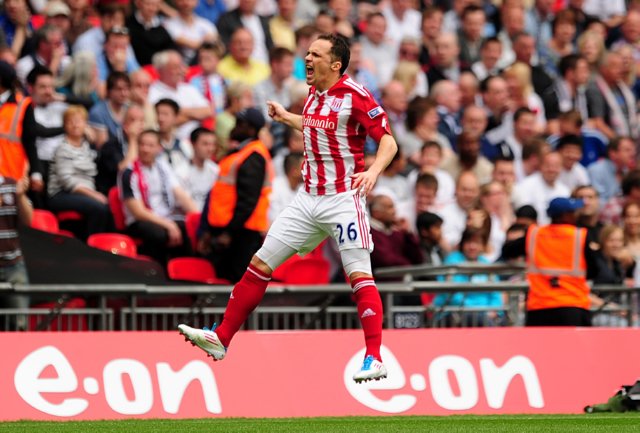 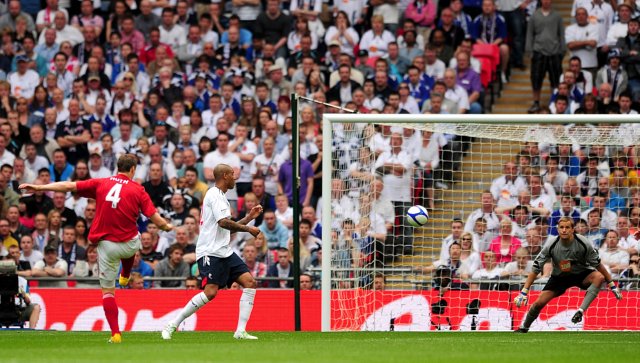 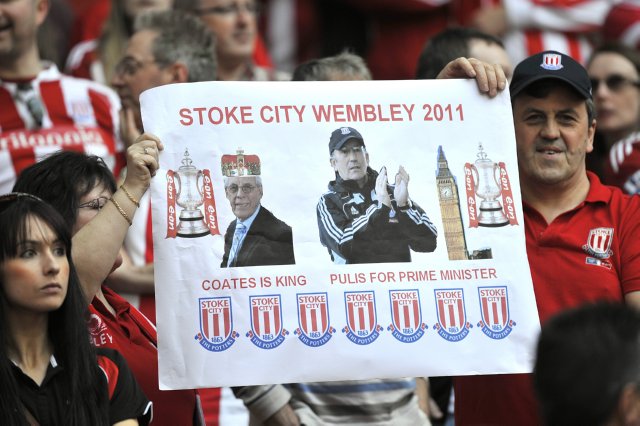 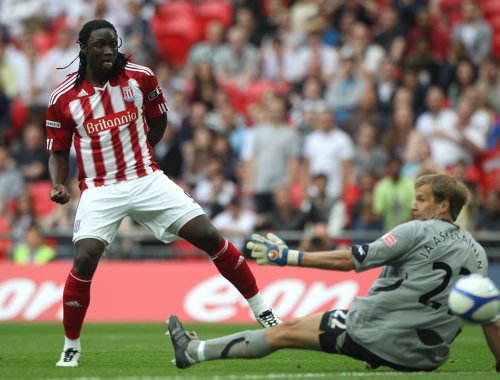 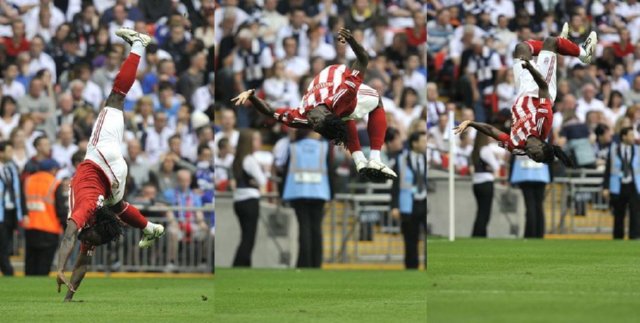 …then celebrates with a trademark backflip 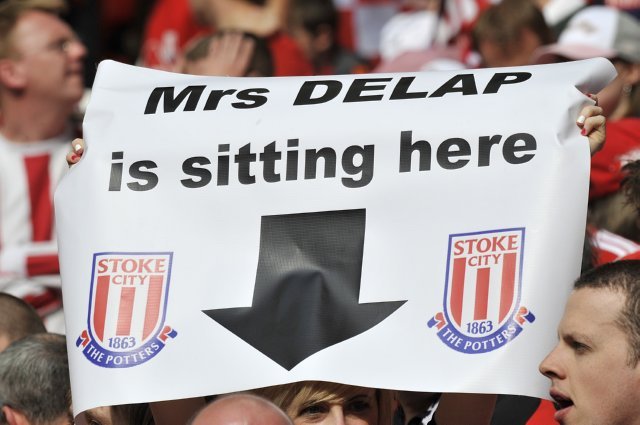 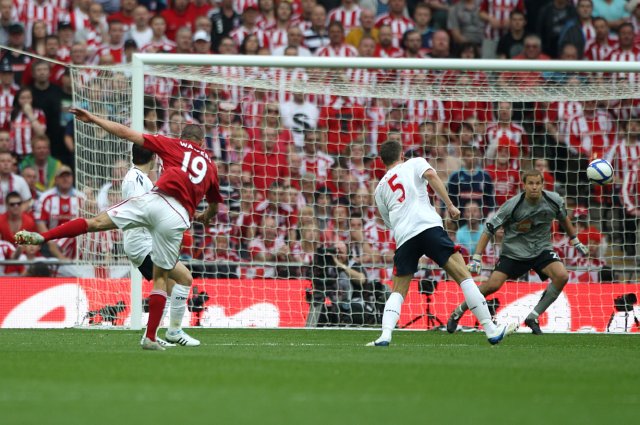 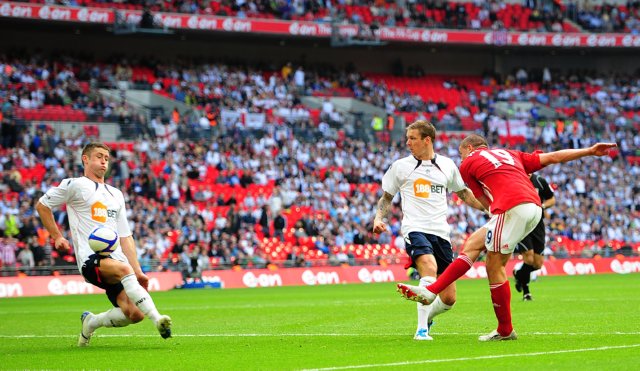 …and fifth goals of the afternoon 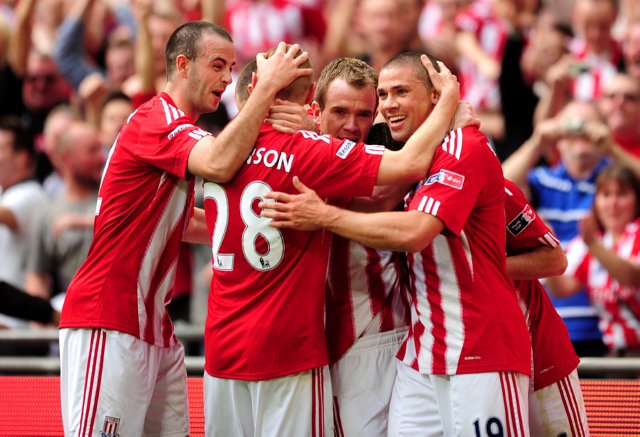 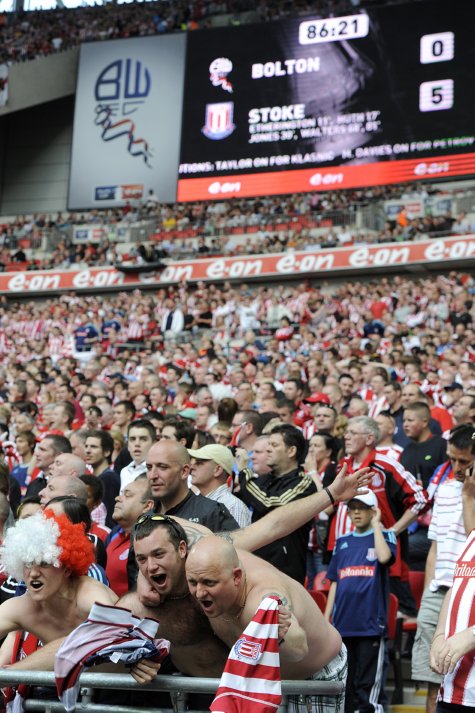 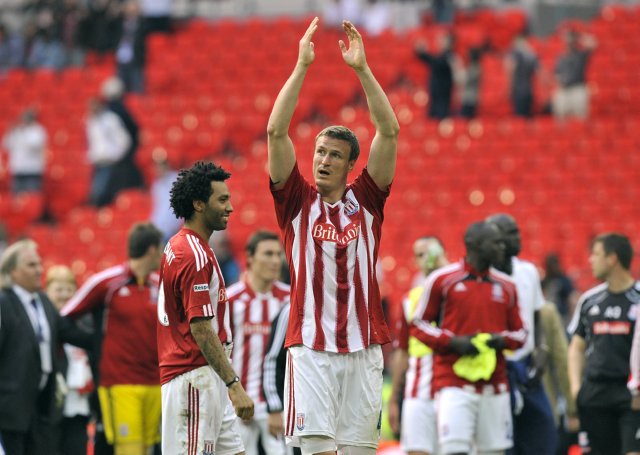 Stoke players applaud their travelling fans after the final whistle 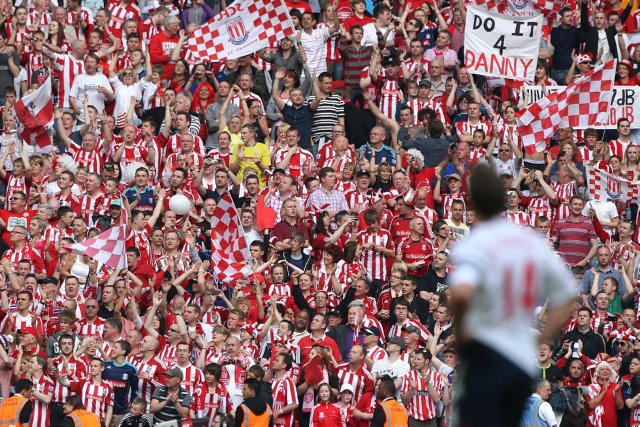 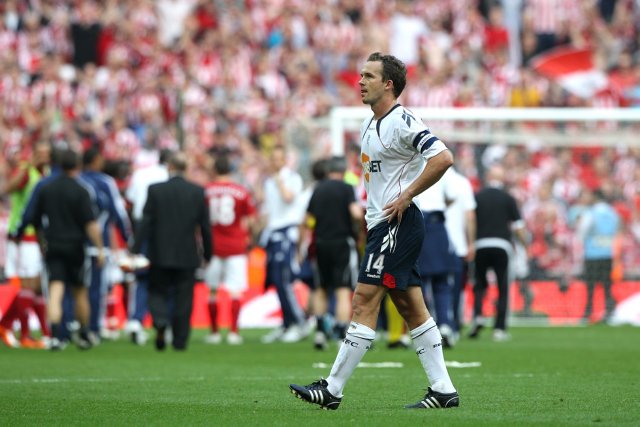 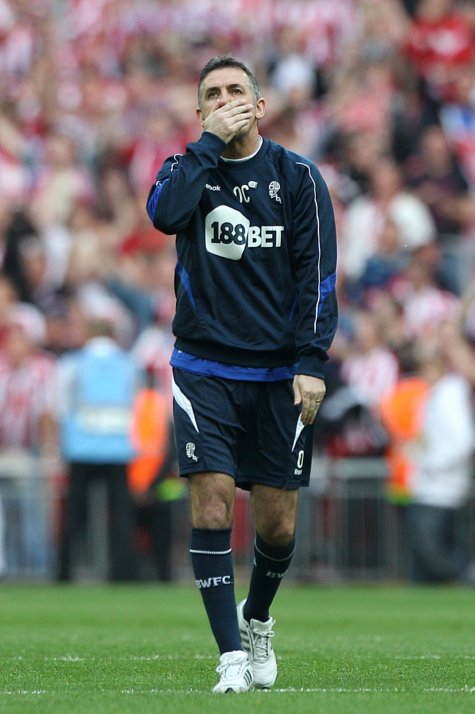 All photos courtesy of the PA.