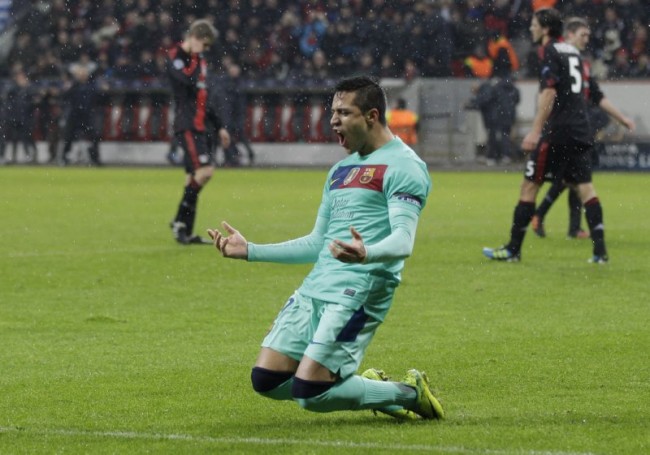 The Champions League farted back into life last night with two last 16 games taking place, one of which being Barcelona’s comfortable win over Bayer Leverkusen at the Bay-Arena.

Alexis Sanchez scored his first ever Champions League goal to put Barca 1-0 up at the interval, the Catalans ending the first half with with 78% of possession, while Leverkusen failed to register any corners, offsides or attempts on goal – on target or otherwise. Not great.

However, the Germans hauled themselves temporarily level when Michal Kadlec equalised shortly after the break, leaping like a Czech salmon to loop a header over Victor Valdes, but Sanchez soon restored Barca’s lead before Lionel Messi (who had earlier seen a rinky-dinky prod hit the post) stabbed a sliding volley past Bernd Leno to flesh out the first-leg victory.