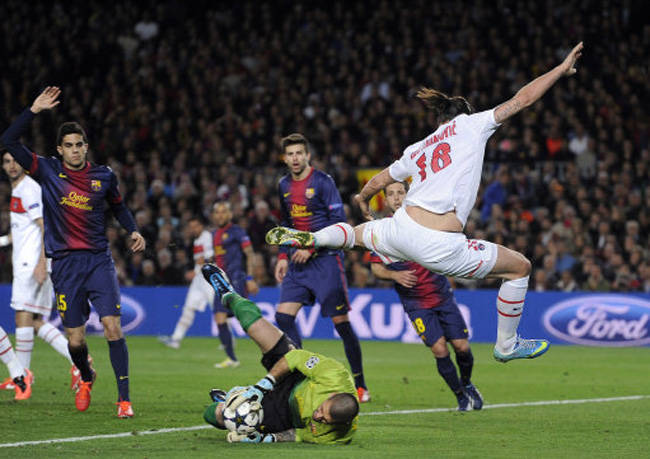 Barcelona struggled to overcome visitors PSG at the Camp Nou on Wednesday night, managing to squeeze through the tie courtesy only of away goals.

With Lionel Messi on the bench (he’d injured his hamstring int he first leg), the Catalans had Cesc Fabregas up front but the former Arsenal man and his teammates toiled in attack.

PSG opened the scoring on 50 minutes, courtesy of Javier Pastore, a goal which put the French side ahead in the tie for the first time. However, the introduction of Messi on the hour-mark, for Fabregas, revitalised the Spaniards. Indeed, the Argentine superstar had a hand in their vital equaliser on 71 minutes, playing in David Villa who set up goal-scorer Pedro. And despite PSG’s search for another goal, that Pedro strike proved to be the deciding goal in the tie.

Barca march on, as usual, while PSG can be proud, if not happy, of their night’s work.