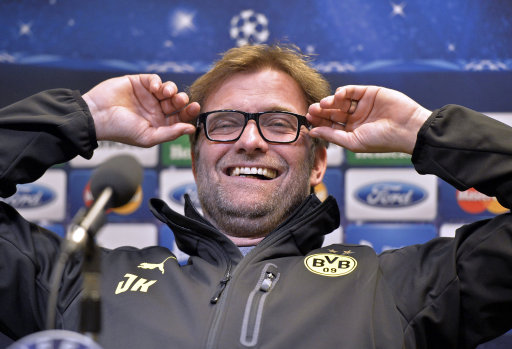 Bayern Munich vice-president Karl-Heinz Rummenigge has pulled a bit of a dick move in response to Dortmund coach Jurgen Klopp “betting his arse” that his Bundesliga rivals will tap up incoming FCB coach Pep Guardiola for a few tips on beating Barcelona ahead of the Champions League semi-finals by telling the press that Klopp “should’ve bet his hair transplant” instead.

It all apparently started when Klopp told a media conference that he wasn’t buying the claims of Bayern’s top brass, Jupp Heynckes and Matthias Sammer, who have repeatedly batted away suggestions that they’ve been in contact with Pep in a bid to snaffle themselves an unmarked manila envelope full of “insider information”.

Rummenigge told Bild that “Klopp’s arse will end up in the Bayern museum”, which literally makes no sense, before going on to say: “He should have bet his hair transplant. It would be easier to transport than his arse,” which makes absolutely no sense either.

“BITCH! Remember Rummy you old queen – Rule No.1: No touching of the hair or face!”