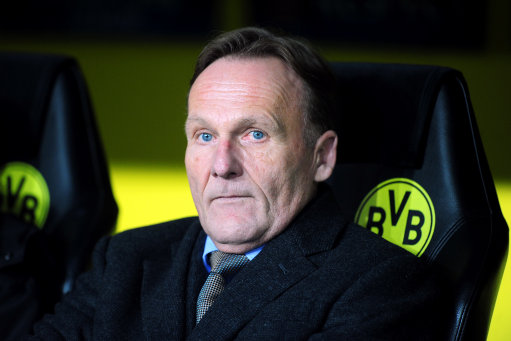 It’s fair to say it all got a bit hectic during the final stages of Borussia Dortmund’s Champions League semi-final second leg against Real Madrid at the Bernabeu on Tuesday night, with Madrid nabbing two late goals and starting to sense a comeback may not be beyond the realms of possibility after all.

Pies got a little fidgety watching at home on the settee so we can certainly sympathise with Dortmund general Hans-Joachim Watzke, who couldn’t hack it anymore and locked himself in the toilet, refusing to come out until the final whistle had sounded and his BVB boys were safely over the line.

“It seems like we only can do it with drama. For the first time in my life I had to give up due to heart problems.

“I went to the toilet for the last minutes, locked myself in, covered my ears and looked at my watch. I had all kinds of thoughts going through my head.”

In that case, we suggest – in our capacity as enthusiastic amateur medical professionals – Hans-Joachim may want to watch the final from the comfort of a padded cell, hooked up to an intravenous Horlicks drip at one of London’s many fine psychiatric hospitals.