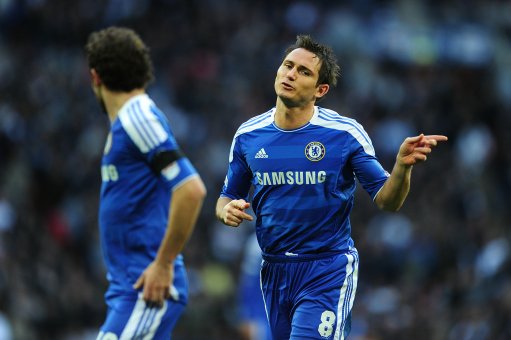 “Juan, does this smell of Marmite to you?”

We are on the eve of a biggy people, leaning and listing lazily toward Chelsea versus Barcelona at Stamford Bridge in the first leg of the semi-finals of the Champions League tomorrow night; Chelsea are a quite good football team and Barca are quite good also, so the good news is that it should be a good match in theory.

Barcelona are footballing deities – we know this, we are told regularly: Xavi and Iniesta have 361° vision, Lionel Messi is an archangel that floats uponst a divine wind of holy kitten farts, etc, etc.

Let’s be honest for moment shall we? There’s just no way on Earth that Chelsea will be able to outdo Barca over two legs. They’re just too damn good, which isn’t necessarily a denigration of Chelsea – rather yet another inevitably glowing testament to the Catalan’s boringly monstrous prowess.

Indeed, the way I see it – there’s only one way Chelsea can pull this off and that’s the way no-one wants to mention and even less want to see; by summoning and engaging in the entire gammut of football’s darkest arts for 180 dismal minutes and hope for the best.

Even in the second leg, with the Camp Nou teeming with ballistic Barca fans baying for their blood, Chelsea must stop Barca using martial law. Like a footballing equivalent of the apocalyptic war, Barca’s heavenly football hordes can only be matched by the demonic hordes of Anti-football. Something something Dark Side. It’s the only way.

They need to do whatever it takes, otherwise they’re going to get their collective wee arses handed to them. Metaphorically speaking of course.

Chelsea have got to bend those sodding rules to the point of implosion; Have a men sent off for scything down Alexis Sanchez while through on goal, sacrifice a few bookings if it means ending Messi’s night with a dead leg after half-an-hour. Nick a goal with an ill-gained penalty. Really rub it in.

They need to leave Barca pissing and whining about their conduct over the two legs of the 2011/12 Champions League semi for years to come. Chelsea’s performance needs to be legendary, but for all the wrong reasons.

Not that we’d ever advocate such behaviour Mr Di Matteo. Never.

Chelsea 0-1 Barcelona at the Bridge (with Chelsea to fold like pansies in the Camp Nou.)

While we’re on the subject of the Champions League, here’s a little widget that may appeal to our US readers. Basically, Champions League official partners Heineken are piloting a ‘digital blocker’ widget to help you avoid the scores while browsing the internet (as the match is being played live) so you can watch the game swathed in glorious, glorious ignorance at your own leisure later on – barring the presence of any gobby mates of course.

You can, in effect, pause your UEFA Champions League viewing experience until you can enjoy it the way it’s meant to be: with friends and a Heineken (ahem).

Be among the first to test-drive ‘Keep it Legendary’, a unique set of tools that provides a spoiler-free web-browsing experience, enabling you to block the chatter and preserve the fun of tonight’s UEFA Champions League match until the evening.

Trying it out is easy..

• Be situated in the USA somewhere

• Go to the “Keep It Legendary” tab and begin…