As Tweeted by Juan Mata, here’s a blurry capture from the Chelsea squad’s suited and booted, high-fashion photo shoot with Dolce & Gabbana at Cobham yesterday.

Notice if you will, that there is an empty chair right there, front and centre, alongside coach Roberto Di Matteo… 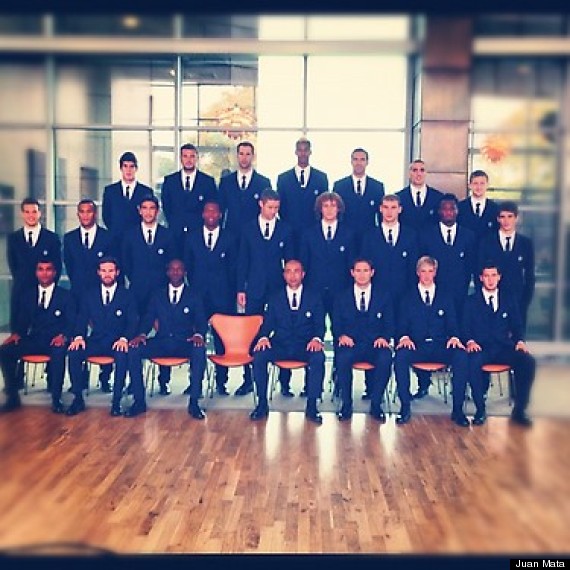 That’s right! The D&G team left a seat spare for absent captain John Terry, who was obviously held up elsewhere at the time, to presumably be photoshopped into the photos at a later date.