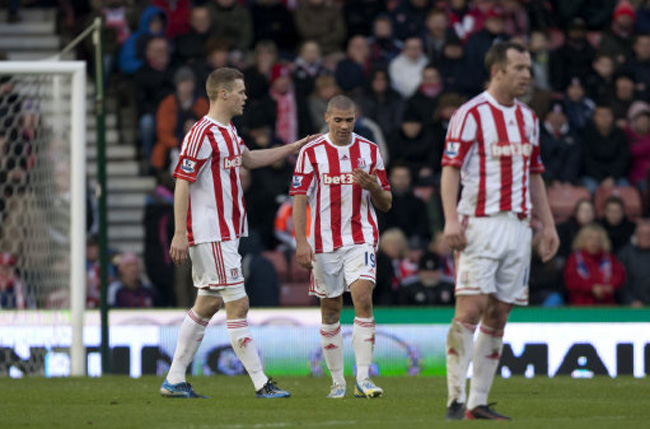 Irish striker Jonathan Walters had the mother of all nightmare games on Saturday, with the Stoke striker managing to bag a brace of own-goals as well as missing a late penalty kick.

The home side had started the game brightly, with Kenwyne Jones going close. However, despite spending much of the first period on the back foot, it was the Blues who opened the scoring just before the break, albeit courtesy of the head of Walters who put through his own net from a Cesar Azpilicueta cross. Walters, rather bizarrely, then did the same again on the hour mark, this time after a centre from Juan Mata.

Goals from Frank Lampard (via the penalty spot) and Eden Hazard (with a fabulous strike) put the Blues out of sight before Walters topped off his dreadful day by firing a penalty kick against the bar late on. Poor sod.

Chelsea stay third while the Potters are no 10th.