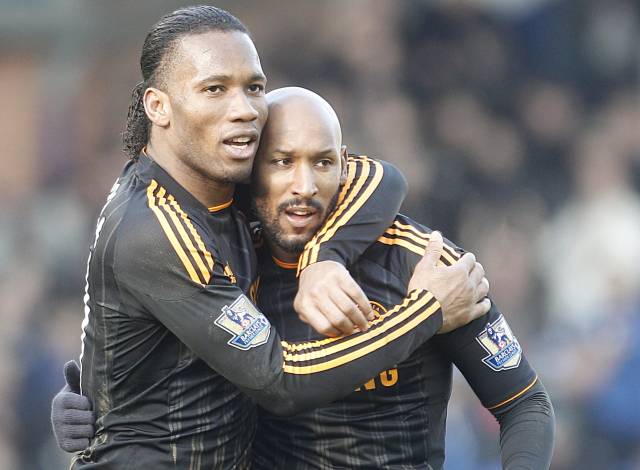 Nicolas Anelka’s sixth and seventh goal in just six Champions League matches afforded Chelsea a 2-0 win over FC Copenhagen in their last-16 first-leg tie at a f-f-frozen Parken Stadium last night – a result which puts the Blues to within spitting distance of a place in the quarter-finals and, if recent reports are to be believed, also spared manager Carlo Ancelotti from the proverbial chop.

With Didier Drogba rested after enduring 120 minutes of fruitless toil against Everton over the weekend, Anelka was partnered up top by Fernando Torres and, despite another barren evening in front of goal, the Spaniard actually looked something like – linking well with his strike partner and with the industrious Frank Lampard.

When asked if his current pool of strikers was the best in Europe, a giddy Ancelotti replied:

“Yes, I think so. They are accepting my (rotation) decisions without problems, and this is important.

“We have fantastic strikers. It’s important to have them all available at this time of year. I have to make a decision about the games, to put them in or not.

“Didier played for two hours against Everton (in the FA Cup). Torres and Anelka were fresh and, together, they played well.”

When quizzed about Torres’ failure to open his Chelsea account, Ancelotti admitted to a trace amount of frustration, though he formally backed his £50 million signing to score next time out:

“His performance was really good. There’s a little bit of disappointment because he could have scored. But it doesn’t matter. His movement with Anelka was so good.

“Anelka was able to score and Torres had a lot of opportunities that he created with his movement. He will score in the next game.”

Which just so happens to be against Manchester United in the Premier League next Tuesday. I’m sure he’ll thank you for that Carlo.