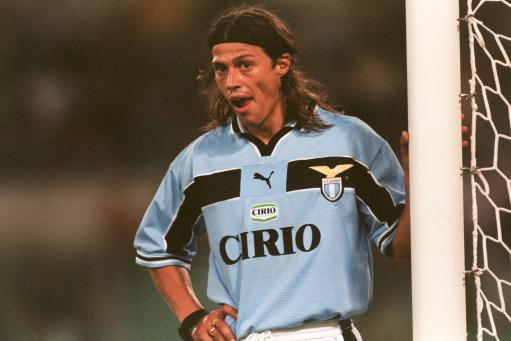 Former Argentina international Matias Almeyda has written an autobiography which is currently being serialised in Gazzetta dello Sport, in which the midfielder – who is currently head coach at River Plate – makes some fairly scandalous claims about the state of the inner machinations of Italian football, including intravenous doping, pandemic match-fixing and mafia intimidation.

In the interest of laziness on our part, here’s the direct copy+paste quote from the passage of ‘Almeyda: Life and Soul’ which features in the lastest issue of La Gazzetta dello Sport, as transcribed by ESPN:

Speaking of his time with Parma, he talks about being given what he now believes were drugs – a story reinforced by television footage of Fabio Cannavaro taking on intravenous fluids the night before a match.

“At Parma we were given an IV drip before games,” he wrote. “They said it was a mixture of vitamins but before entering the field I was able to jump up as high as the ceiling. Players do not ask questions, but then in the following years there are cases of former players dying from heart problems, suffering from muscular issues and more. I think it is the consequence of the things that have been given to them.”

Almeyda also writes openly on his battle with alcohol during his time at Inter Milan, when his career was winding down.

“Once in Azul, my country, I drank five litres of wine, like Coca Cola, and I ended up in some kind of coma,” he wrote. “To try to get it out of my system I ran five kilometres until I saw the sun spinning. A doctor gave me five hours of infusion and it would have been a scandal as at the time I was playing for Inter. When I woke up I saw my whole family around the bed and I thought it was my funeral.”

On his earlier spell with Parma, he wrote of a disagreement with the former president and owner Stefano Tanzi and tells of men breaking into his home – an incident he claims was repeated when former team-mate Savo Milosevic had a similar argument with the club.

“I had a fight with Stefano Tanzi and several days later I woke up to find my new car was missing from the garage,” he wrote. “Milosevic was also in conflict with the club with a contract as high as mine and the same thing happened.

“One day my wife comes home and hears voices inside. She ran away and called the police. There was a message on the wall, made with machine oil, a message from the mafia. My wife had a premature birth. Following the 2002 World Cup I’ve never been back to Parma.”

He describes events from a match in 2001 when Parma lost 3-1 to Roma, who pipped Juventus to the Scudetto due to that result.

“Some companions in Parma told us that the Roma players wanted us to lose the game,” he wrote. “I said no and the majority responded that way, but on the field I saw that some did not run as usual so I asked to be substituted and went in the locker room. Money? I do not know, they called it a favour…”

So, in short, it’s absolutely nothing you’ve not heard before vis-a-vis the Italian game!