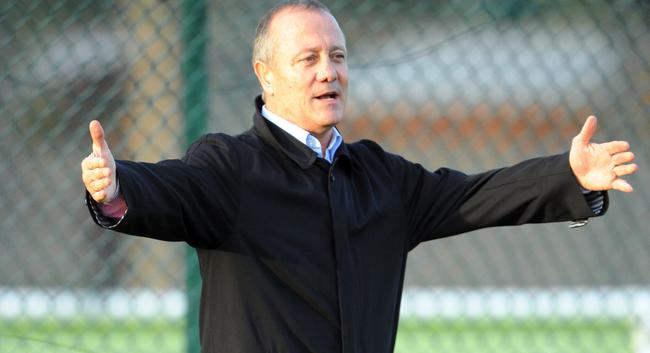 Former Lyon player and coach Bernard Lacombe, who now serves as an unofficial “special adviser to club president Jean-Michel Aulas, has done a whoopsie by telling a female caller on a live radio phone-in to, in essence, “get back in the kitchen where she belongs”.

A lady named Sonia called into the phone-in on French talk radio station RMC on Monday evening to criticise misfiring French striker Karim Benzema, who has now gone 1,000 minutes without scoring for the national team, to which Lacombe mumbled:

“I do not discuss football with women, that’s how I see it. They should get back to cooking.”

Of course, after his sexist quip caused a fair amount of outrage, especially considering that Lyon’s women’s team are pretty much all-conquering at the moment, having lifted two Champions League trophies over the past few years and won their “Division 1 Feminine” domestic league ten times overall, including the last six seasons on the spin (they’re also top of the table and on course to win it again this year).

Lacombe issued a statement claiming that his pithy retort on RMC was entirely innocuous and nothing more than a really funny joke:

“I’m sorry if my remarks on RMC offended women, but my only intention was to answer with a joke to yet another criticism of Karim Benzema, a challenging of his qualities that struck me as particularly unacceptable

“Some ladies regularly share (their opinions on football) with me and it is always with great pleasure that we talk about football tactics and I give them some advice.

“I want to say that I would have reacted so vehemently if a man was so critical about Karim Benzema, though I’d obviously react with different words, but certainly just as colorful.

“I didn’t want to attack anyone, but simply to defend a player who does not deserve such treatment.”

Someone loves Karim Benzema a bit too much, no?