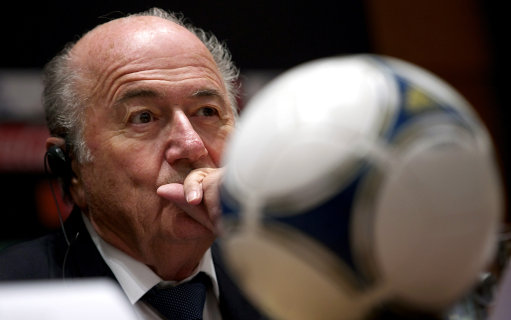 Sepp: Bitch got fraped (or whatever the Twitter equivalent is…twaped?) 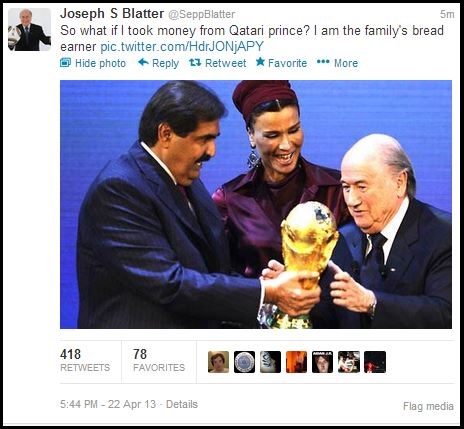 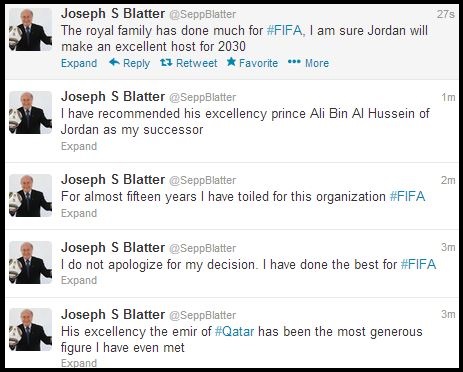 A Tweet then appeared on FIFA’s official World Cup feed, @FifaWorldCup, that Blatter had resigned due to imminent charges of *gasp* corruption…

Sadly, while all completely and ostensibly plausible, it all turned out to be hoax which was claimed by Syrian hacker group “Syrian Electronic Army”, who finished their evening’s work by signing off from both accounts by using their Twitter handle, @Official_SEA6.