England international (we must never forget what happened that day) Jay Bothroyd showed off his delightful new tattoo yesterday which sees the word “love” spelled out in guns, grenades and flick knives down his entire left flank.

There’s a joke about his Arsenal in there somewhere… 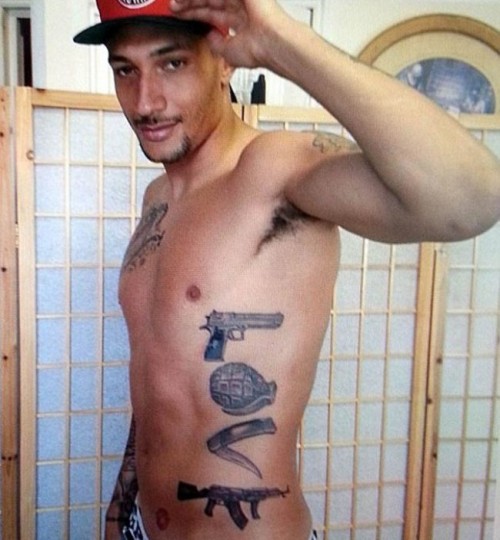 Bothroyd posted the image (which has since been deleted) on his Instagram account along with the message, “you have to fight for love…. More than anything it’s artistic.”

Unsurprisingly, those with a vested interest in opposing gun, knife and gang violence have not been particularly impressed with the QPR striker’s “artistic” posturing, though we suppose the man has the right to slather his body in whichever profoundly idiotic imagery he so chooses.