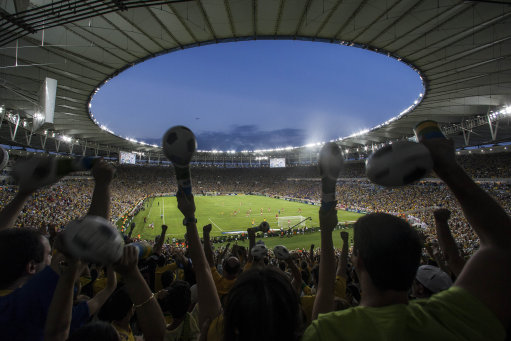 Well, that didn’t last for long! The 2013 Confederations Cup showed that, despite years of renovation, an avalanche of strict FIFA initiatives and protestors lining the streets outside, the Maracana Stadium and all those who flock to worship at Brazil’s footballing church are still capable of producing legendary atmospheres –  especially when it came to the national anthems.

This, for reasons unknown, put the frighteners up Maracana stadium officials, who are know seriously considering banning fans from anything other than keeping their arse firmly in their seat and watching the match – preferably while maintaining a dignified silence throughout.

According to Reuters, Maracana administrators are mulling over whether to ban fans from standing up during games, waving large flags, lighting flares and fireworks, playing any musical instruments and taking their shirts off during games.

This from the Reuters news wire:

“We are going to talk to the clubs about a change of habit,” Joao Borba, president of the Maracana Consortium, told the daily newspaper Extra.

“I’m talking about bamboo (being used as flagpoles for large banners), firecrackers, watching matches standing up.”

The report added that a ban on musical instruments was also under consideration and that fans would be told not to take their shirts off.

Are you going to tell him, or do we have to? 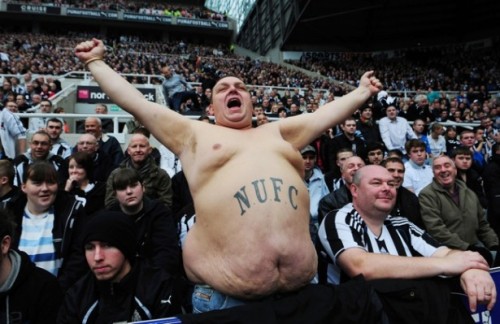