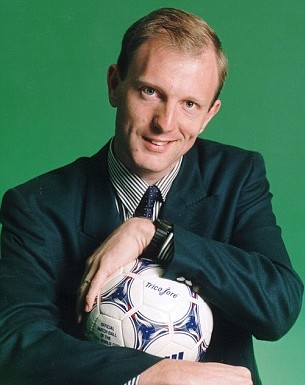 While commentating over the penalty shoot-out between Argentina and Holland, the dullest man in the game, Peter Drury, dropped a sizeable bollock when he accidentally activated “contrived commentator goal roar” mode far too early after mistakenly thinking that Dirk Kuyt’s penalty had put Holland through to the World Cup Final.

Instead, Holland still trailed as Kuyt’s spot-kick had merely made it 2-3 in the shoot-out – with Maxi Rodriguez’s subsequent penalty duly sending the Oranje chaps packing…