According to this anonymous newspaper (not The Independent, as we first thought – apologies are due there) and their crack team of insider experts, Sheffield United are gearing up to field an extremely strong side against Tottenham in the Capital One Cup tonight.

As for Spurs, as well as a classic “double West Brom” defensive set up, they’re also opting for Stoke City goalkeeper Asmir Begovic up-front in a bid to stir things up a bit… 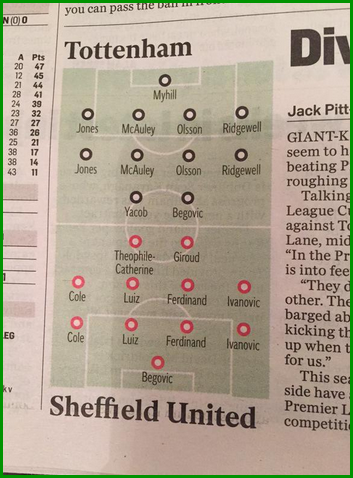 Good to see Anton and Rio reunited after all these years, though you do feel Spurs may be able to exploit Carlton and Joe playing out of position down the left.