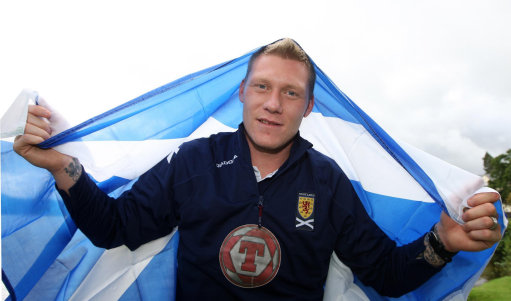 Former Birmingham, Hibs and Scotland striker Garry O’Connor has been arrested on suspicion of possessing cocaine after being caught by police with a pouch of white powder in a car park in Edinburgh during the wee small hours of Saturday morning.

O’Connor, who is without a club after being released by Barnsley a few weeks ago (though he has trained with Celtic since), was later released without charge pending further investigation.

In a separate incident, two Hearts players, Ian Black and Robert Ogleby, were also collared by police after being found with baggies of Colombian marching powder on their person in a nightclub toilet the following evening.

Scottish football just seems to be lurching from one entirely avoidable disaster to the next.