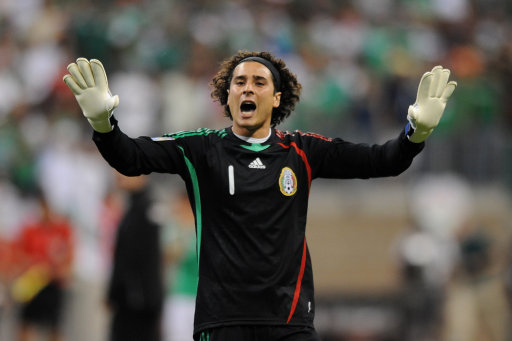 Five of Mexico’s Gold Cup squad have been sent home after they all tested positive for Clenbuterol, a ‘controlled substance’ used in inhalers to treat breathing disorders.

Keeper Guillermo Ochoa, defenders Francisco Rodriguez and Edgar Duenas and midfielders Antonio Naelson ‘Sinha’ and Christian ‘The Hobbit’ Bermudez all tested positive and could now face suspensions of anything up to a year.

The president of the Mexican Football Federation, Decio de Maria, has already offered up an explanation:

“The cause is believed to be because of [eating] beef or chicken between 17th and 20th May, so an investigation will be made with the food suppliers. For the time being we don’t see any negligence by anyone, not even [the players].”

Next time, try the fish.