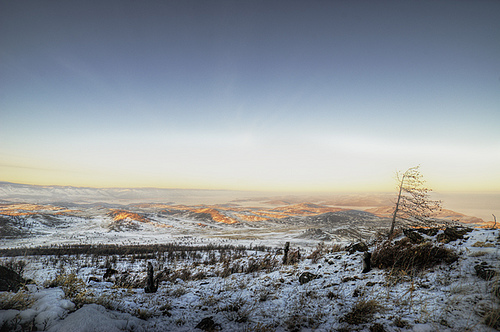 Siberia: there is a more desolate place on Earth than Hull

Winter in Russia isn’t usually the most pleasant time to venture outside. During January and February the temperature regularly plunges to minus 30 degrees Centigrade, while in the bleakest parts of Siberia temperatures have been known to hit minus 60.

Never mind brass monkeys, that’s cold enough to kill. And it regularly does – hundreds die in Russian cities each year after having one too many vodkas and passing out on in the snow on their way home. Indeed, Moscow’s streets during the snowy seasons are piled high with layers of pack ice, discarded alcohol containers and, often, the bodies of dead animals and humans. Imagine it as a kind of horrendous frozen lasagne.

Which makes it all the more surprising that Russia’s footballing authorities are planning to hold more matches in the coldest periods of the year.

Currently Russia’s Premier League season begins in March and ends in November. That means clubs play their football during the country’s best weather conditions, but it contrasts sharply with Europe’s big leagues, whose seasons tend to run from August until May.

That may all be about to change. The Russian Football Union (RFU) have been toying with proposals to bring Russia’s football leagues, including the First and possibly Second Divisions, into line with the rest of Europe for some years. Next month they will finally announce their decision on the process to move to what is being called the “autumn-spring system”, and in all likelihood the switch will be carried out by 2012. 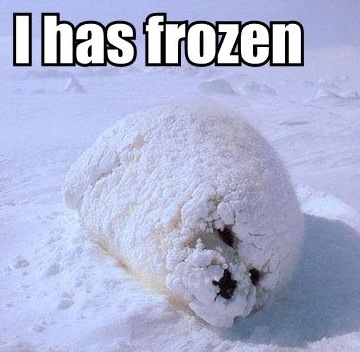 The rationale behind such a move lies in improving Russian clubs’ chances of progressing in major European competition. By the time the Champions League and Europa League reach the knock-out stage the European season is in full swing and players are reaching their physical peak. In Russia they are only just emerging from the mid-winter hibernation.

Other potential financial benefits stem from the proposed switch, in that potentially lucrative contracts with foreign television companies and sponsors are more easily negotiated when brought into line with the rest of Europe.

But these benefits come at a price. Though Russia’s autumn-spring system would include a long winter break between December and January, there would still be matches played in the country’s harshest conditions.

FK Tom, a Premier League club from the Siberian city of Tomsk, would be one of the hardest hit clubs. The average temperature in Tomsk throughout February is minus 15.6 degrees C, and the club’s Trud Stadium has no roof – never mind the heating and insulation required to make it a comfortable environment for fans in winter.

And FK Tom are just the tip of the iceberg (excuse the pun). Down in the lower divisions there are clubs based in Krasnoyarsk (average February temperature minus 13.8), Irkutsk (minus 15.2) and Chita (minus 20.2), amongst many others, who would require a radical overhaul of their amenities.

Stadiums such as that in Tomsk will have to be improved, indoor training facilities will need to be constructed, and, once the season kicks in, people will need to be employed clearing snow from around the football arenas.

All this costs money, something which most Russian clubs – apart from those such as Zenit, Spartak, CSKA and Rubin which are backed by oligarchical or industrial capital – simply don’t have.

Indeed, the suspicion is that the move will reward the richer clubs at the expense of the rest. While they will benefit in European competition, lower down the football system many clubs will suffer.

If the best that more modest clubs can muster up is a few pairs of thermal tights and an orange football, Russia’s switch to an autumn-spring season sounds like a chilling prospect.

See how much FUN winter football in Russia can be. FK Moskva v Zenit in 2009:

Brrring out the half-time vodka.