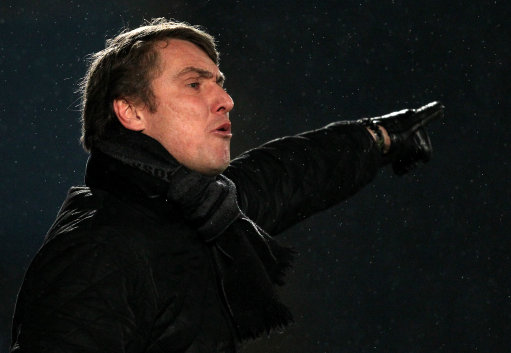 Huddersfield Town have just announced the sacking of manager Lee Clark and all his coaching staff with the club lying in fourth place in League One; a decision which initially seems shocking considering the relative rude health Clark leaves the club in, but becomes altogether less so once you consider the managerial jobs currently going begging.

“This was a very difficult decision; one not taken lightly or in response to one result. Lee and his coaching staff have put their all into the job over the past three seasons and has made a huge contribution to the club.

“However with 16 matches to go, we still have an oppotunity to achieve promotion and we have made this change with this in mind.”

Clark famously took Huddersfield on a 43-game unbeaten run that came to an end a couple of months ago; a run that begun with the club in third-spot in League One, ended with them in third and, by proxy, stands them in good stead to return to third spot (one point off second) if they win their game-in-hand over the team directly above them, Sheffield Wednesday. Consistency is king!

As mentioned, they currently lie in fourth, with Clark exiting on the back of a 49% win-rate since taking over in 2008 – losing only one in his last ten, and a mere 40 of his total 178 games in charge at the Galpharm.

Leeds it is then.

Forgive the baseless theory, but Clark’s obviously been talking to them on the sly – hence the sacking rather than a resignation – which, all-in-all, leaves Mick McCarthy free to fulfil his destiny as the next England manager.

It’s a win-win for everybody!