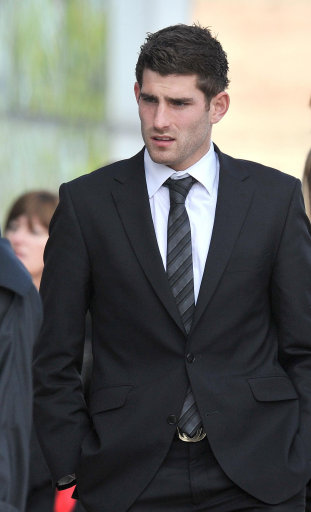 From SHEFFIELD UNITED, I said, not JAIL, in case you are confused. Anyway, Sheffield United have finally decided to axe their infamous striker Ched Evans, who was convicted of rape and sentenced to five years imprisonment last month.

The Blades only recently suffered the heartbreak of losing on penalties in the League One play-off final, while it is a strong possibility that if their top-scorer Evans had not committed such a thoroughly vile crime and totally messed up a number of people’s lives in the process, United could well have secured an automatic promotion place.

Evans was released along with 10 other United players as the Blades began their summer clear-out.

Former Man City player Evans had also become some kind of hero for a whole load of utter morons on Facebook and Twitter, but while the player will get out of prison at some point, his victim will have to live with her trauma for the rest of her life.