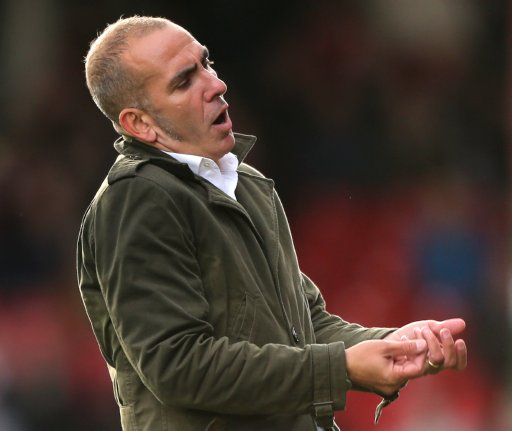 “Which of you pillocks ordered pineapple?”

Swindon Town’s match against Shrewsbury was one of only six League One fixtures to go ahead after heavy-ish snow ran roughshod over the fixture list, though that was largely due to a group of Swindon fans who decsended on The County Ground and helped shovel snow off the pitch the evening prior.

The club put out the call-to-arms on Friday afternoon, with 60 volunteers turning up initially before the group began to swell, with around 200 supporters eventually coming down to lend a hand.

Di Canio and members of his staff also got stuck in, and the Swindon boss rewarded the fans’ dedication by sending out for pizza for all of them to say thank-you, with the Italian telling BBC Wiltshire:

“It wasn’t easy to handle the situation – it was an emergency. When we decided to order the pizza there were about 60 people but then it became over 200.

“It wasn’t enough because in one minute they had finished the pizza!”

He’s not lying, as the following Twitter photo (as taken by a Swindon fan) duly attests to… 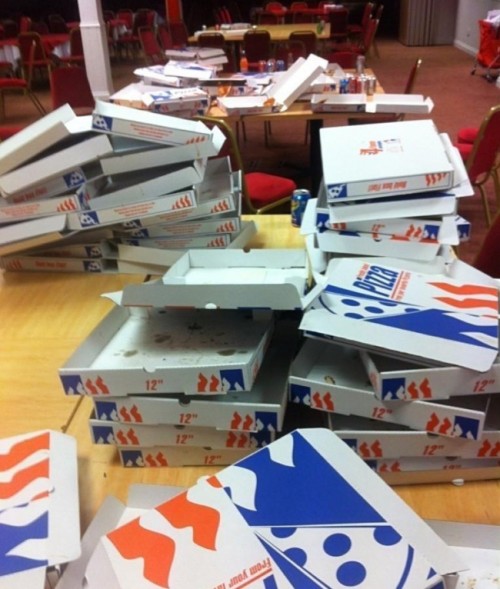 That’s a hell of a lot of pizza. Brings to mind the kitchen in Pies’ student digs – which is in no way is a good thing, no way at all.

“Everyone thought the game was going to be postponed but I was sure we would do everything.

“It was an emotional moment. You could see kids with their Dads and they came with curiosity, but also with an intention to work hard.

“What they have done is amazing and I can’t mention every single name but I had a chat with a few of them.

Nicely done by the same guy who recently offered to put £30,000 of his own money into paying his loan players’ wages just to keep them at the club, saying: “When I die I will have a bit less money but will have the victory as a manager.”

Di Canio certainly knows who to keep his public on side.