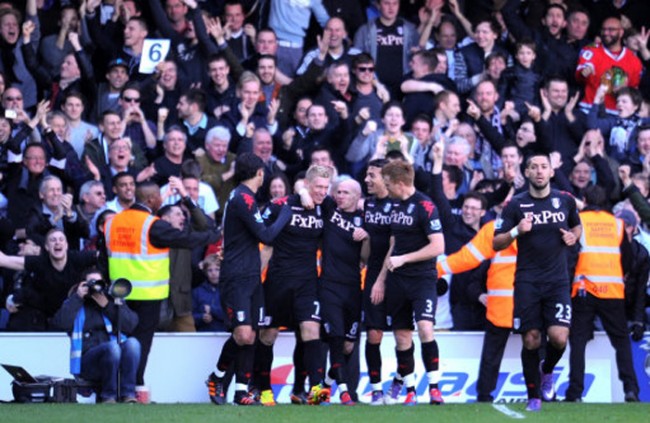 Current QPR boss Mark Hughes left Fulham after only a year in charge, after suggesting that the Cottagers didn’t match his ambitions. However, with only four points gained from a total of 18 since he took over at Loftus Road, the Welshman now finds himself in a relegation battle..

January signing Pavel Pogrebnyak was Fulham’s goal-hero again, with the Russian striker calmly slotting home after a superb through ball from Moussa Dembélé.

Things got even worse from the home side on the half-hour mark, when new-signing Samba Diakite was sent off for a second bookable offence.

The Cottagers looked comfortable for the majority of the game, although Shaun Wirght-Phillips did go close late on. However, the visitors deserved their three points, and could have had at least a couple more, only for some good work from QPR ‘keeper Paddy Kenny.

Martin Jol’s side move up to 11th while for Rangers, the removal of Neil Warnock has done nothing to improve their season, with just goal difference keeping them out of the drop-zone.