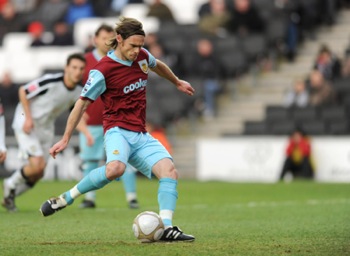 It’s a breeze to sum up the Clarets’ season so far: excellent at Fortress Turf Moor, lamentable away from Fortress Turf Moor; Burnley have failed to win any of their ten games on the road, with just one draw and nine defeats. It’s a record that, unless it improves, will put increasing pressure on the team to perform well at home. And with the admirable Owen Coyle set to depart for sunny Bolton this month, it’s all to easy to see Burnley slipping back down the table, dangerously close to the drop zone. However, now isn’t the time for such a gloomy forecast – let’s praise the club for their terrific, battling displays at home, especially after so many people wrote them off before a ball had been kicked in anger.

Gold star: Graham Alexander is almost 300 years old, but he’s playing like a sprightly twentysomething. Plus he’s proved himself to be the best penalty-taker in the league. An honourable mention for the underrated Tyrone Mears too.

In detention: As club skipper, Stephen Caldwell might have shown better form. 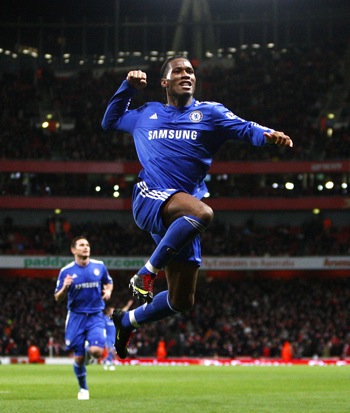 At one stage it looked like Chelsea would scamper off with the title before Christmas, but they have dipped of late, allowing the pack to close the gap. Despite leading his side to the top of the table, it seems that for many fans, the jury is still out on Charlie Ancelotti. The Italian is popular within the dressing room, but publicly he lacks the brash confidence of Jose Mourinho, and I wonder how patient Roman Abramovich will be with him if results take a turn for the worse. However, you’d have to be extremely one-eyed not to admire Chelsea’s hugely effective brand of power football, exemplified by the monstrous Didier Drogba. Chelski are still my pick to win the title.

Gold star: After a poor season in 08/09, Drogba has been at the races this time around, and then some – as Alan Shearer likes to say, on his day the Ivorian is ‘unplayable’. Honourable mentions too for Ashley Cole – in the form of his life but still gets no love from most fans outside of Stamford Bridge – and the freakishly consistent Frank Lampard.

In detention: Petr Cech. The Czech goalkeeper has made too many basic mistakes already and looks like he may never regain his pre-Hunt confidence and form. In Ancelotti’s shoes, I’d be looking for a replacement now. 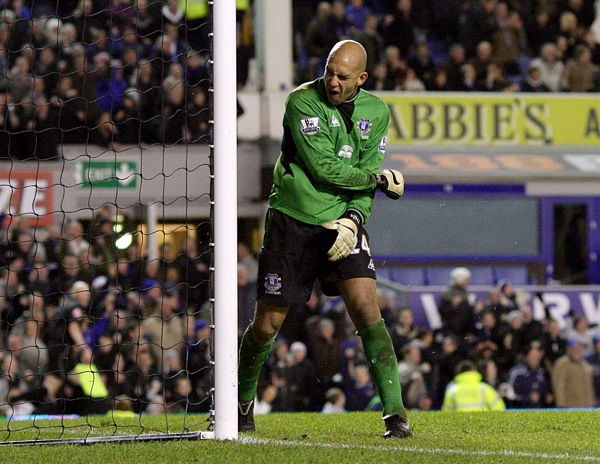 On the face of it, Everton have underperformed badly so far this season. But consider that David Moyes has had to put up with arguably the worst injury crisis endured by any club in Premier League history. In that light, 12th – achieved by Moyes with one hand tied behind his back – is not so bad. And with players set to return (Mikel Arteta has been missed most of all), Everton will no doubt continue to climb back up the table, although a top-six finish is surely beyond them.

Gold star: Tim Howard has been as excellent as ever in goal (and in front of a shaky back four), while Steven Pienaar and new recruit Diniyar Bilyaletdinov have impressed on the wings.

In detention: Marouane Fellaini has struggled to hit the heights after his fine debut season – time for a haircut, methinks. Tim Cahill, who never seems to be 100% fit these days, is also desperately short of form. As for the woeful Jo, he should be expelled. 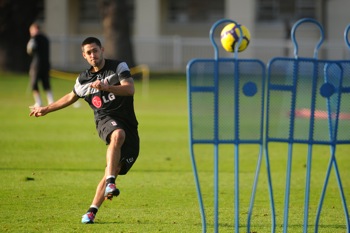 Business as usual for the unflappable Roy Hodgson. The Cottagers don’t have a huge squad but thanks to Uncle Woy’s shrewd management – what a refreshing change from the dire Lawrie Sanchez – they have competed well in the Prem and in the Europa League. A fine example of how a club should be run, off the field and on it. The 3-0 win over Man Utd at the Cottage in December will go down as a season highlight, and rightly so.

Gold star: Clint Dempsey gets my vote. He’s improved so much since he first came to England, and now looks a very fine player indeed: strong on the ball, a canny passer, unselfish and capable of scoring the odd wonder goal. Bobby Zamora, who dislocated his shoulder against Stoke on Tuesday night, has been terrific too, but the whole squad deserves credit for its team ethic.

In detention: Diomansy Kamara remains a frustratingly enigmatic (i.e. crap most of the time) striker. 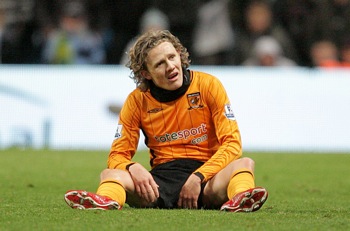 Never a dull moment with Phil Brown around, and if, as I suspect, Hull go down this season, the permatanned one will be missed. The Tigers scrap madly for points but lack quality and direction. Still, a couple of wins would lift them up into mid-table, so it’s too early to write them off completely. But to be honest, can you see three worse teams than Hull in the Prem? I can’t.

Gold star: Jimmy Bullard – who must wonder daily why he left west London for Humberside – shone brightly when he played, but he hasn’t played nearly enough. At least the ever-dislikable Stephen Hunt is having a fine season, especially for a man whose house is rumoured to have wheels.

In detention: Has to be Brown himself, who has signed a rag-bag collection of players but has failed to mould them into a team. He’s on borrowed time now. Disappointed that Jozy Altidore hasn’t made a bigger impact.

The third bunch of reports will be posted tomorrow. Liverpool fans, prepare to look away.