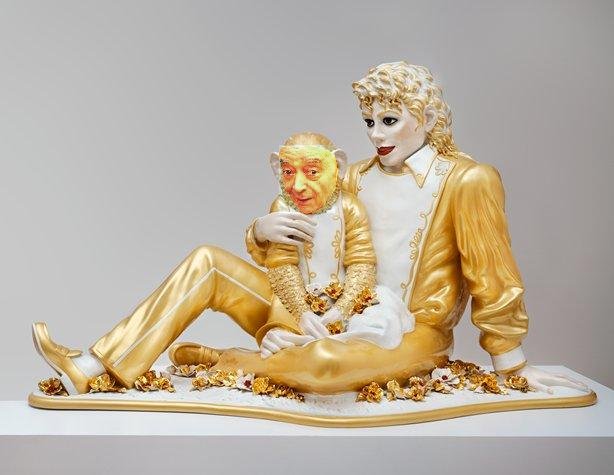 Fulham owner Mohamed Al Fayed has announced that he plans to unveil a statue of his close friend Michael Jackson at Craven Cottage, after missing out on the chance to erect it outside Harrods (as he originally planned) due to the sale of the Knightsbridge store.

The Jacko memorial is to be situated alongside the existing statue of Fulham legend Johnny Haynes next to the Riverside and Hammersmith Stands at the Cottage, though no further details have been released – other than that the unveiling ceremony has reportedly been pencilled in for April 3rd, before Fulham’s game with Blackpool.

“Michael Jackson was truly a legend, a term used too often in this modern world saturated in the hyperbole surrounding celebrity.

“He was my friend, a man with whom I shared many happy memories and who died a tragic and untimely death. He left behind a legacy of music so vast it takes one’s breath away; from a precocious talent to an ingenuity and ground breaking modernity that shall never be repeated.

“It shall often be imitated, but it will never be replicated, Michael Jackson was, and shall always remain, one of a kind.

“I hope that many fans of his will visit the statue at the Cottage from far and wide, and that Fulham fans will appreciate seeing the finest performer in the world, in and amongst them, the finest fans in the world.”

How utterly ridiculous, and how presumptuous of Al Fayed to think that the Fulham fans would want to share in such a vain folly.

Don’t get me wrong, I enjoy expensive public tributes to deceased multi-millionaire wackjobs as much as the next man, but there is a lengthy list of vastly more worthy Fulham alumni (George Best, Sir Bobby, even Roy Hodgson) that should be comfortably in front of Jackson in the queue for a statue at Craven Cottage.

For posterity’s sake, here’s a clip of ‘No. 1 Fulham fan’ Jacko waving a scarf around his partially-melted head at the Cottage back in 1999…