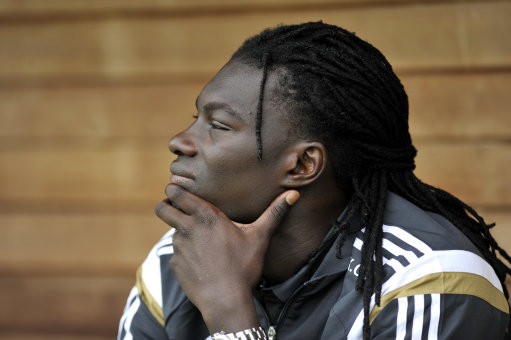 Having spent his entire footballing career in France, it’s perhaps not overly surprising that Bafetimbi Gomis wasn’t particularly au fait with Swansea City before moving to the Liberty Stadium on a freebie this summer.

No matter, as Gomis, a unapologetic Football Manager addict, used the game’s impressively detailed database to read up on both his new club and his new teammates before arriving in Wales.

“I play a lot of Football Manager. During my time with my previous club (Lyon), we travelled quite a bit for European matches.

“Therefore, I used my spare time on the plane to play.

“I’ve been playing the game ever since my development stages, but I have found it very helpful in helping me find out more about Swansea.

“Before I signed here, I spent a month playing as Swansea to help me get to know my team-mates – to find out a bit more about them.”

“Of course, I also watched video footage to see how the team played, but it is true that the game helped me learn a lot about each of my team-mates’ characteristics – their age, where they used to play and their attributes.

“I also learned about the history of the club. I believe that, when signing for a club, it’s vital that you learn about its history.

“It was important to know what kind of club Swansea are, their rivalry with Cardiff City, as well as other such things.

“I realised that the manager Garry Monk was a key player for Swansea, who helped the club rise to the top division of English football.”

If his Twitter account is anything to go by, Gomis also used Grand Theft Auto to learn how to drive… 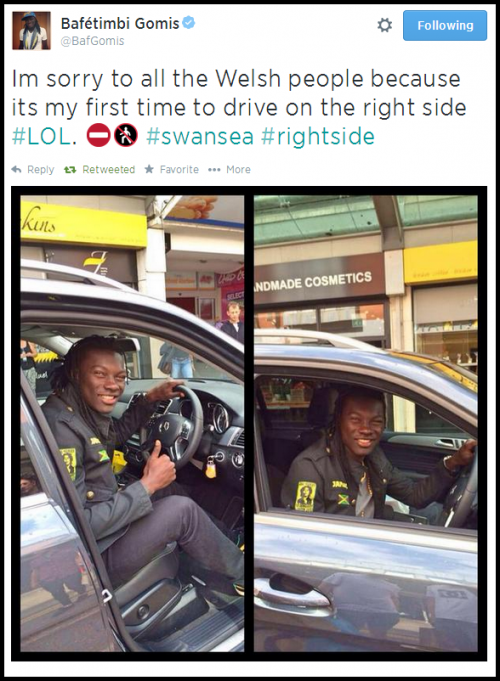 Err, shouldn’t that be ‘#leftside’?