Fiorentina’s classic ‘Nintendo’ kit of 1998 remains one of the most fondly remembered kits of the last great halcyon days of Serie A.

Synonymous with Gabriel Batistuta, the purple peach was admired and coveted by many a nascent Calcio convert, Pies included.

However, as well as making Batigol, Rui Costa and the lads look the business, La Viola’s partnership with Nintendo also spawned other era-appropriate goodies.

Indeed, the exclusive Fiorentina Gameboy Pocket was released in 1998 and, sadly, only sold in Italy via a distribution deal with Florence-based toy company GiG. 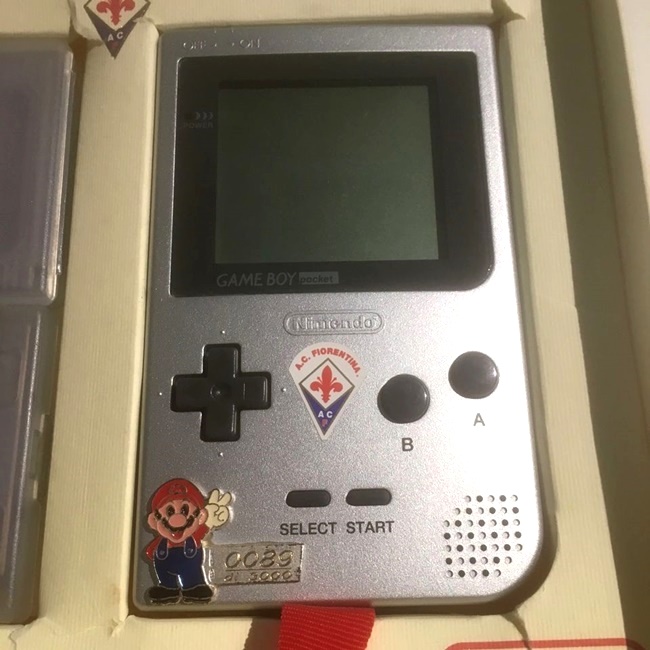 The run was limited to 300 units, though for some unknown reason the enamel ‘issue number’ badges on the front of the Gameboys went up to 3,000. Best guess is that somebody, somewhere got their decimal point in the wrong place.

Each came in a fairly sturdy cardboard box complete with embossed letters and logos, a plastic inner tray and even red ribbon ‘bookmarks’ to help retrieve the Gameboy out of its presentation case… 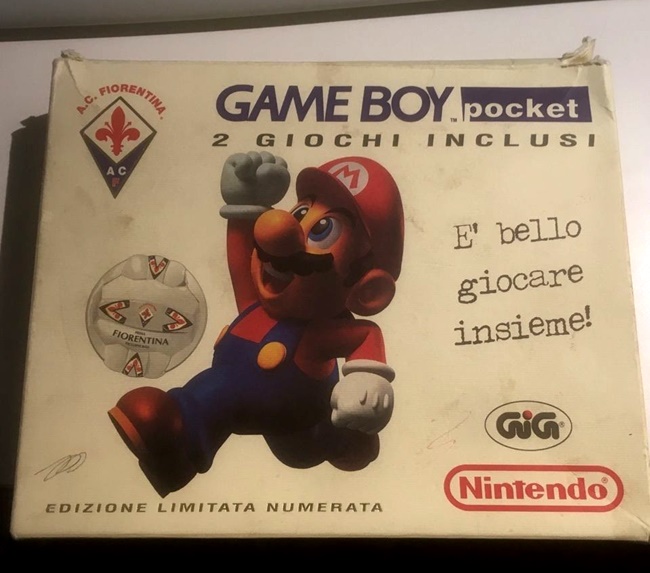 The silver Gameboys came bundled with a couple of games: “Super Mario Land” and the rather perfunctorily-named “Soccer” (which was sold as both “Striker” and “Ultimate Soccer” elsewhere around the world, as well as “Eric Cantona Football Challenge” in France)… 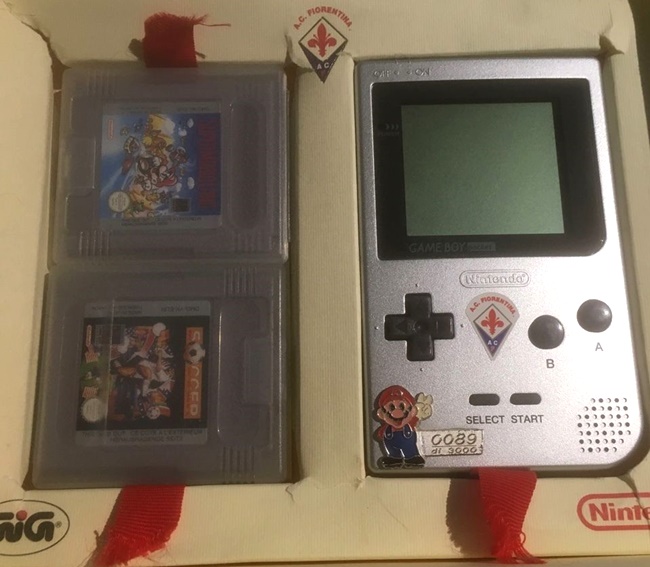 If memory serves, we think that Nintendo may have released a similar Manchester United-flavoured Gameboy in Britain at one point, as we have dim visions of an unwieldy red brick being passed around the school playground at one point – just don’t quote us on that.

UPDATE: Aha! We knew we weren’t imagining it… 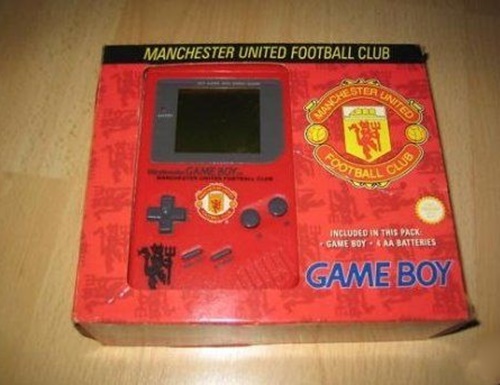