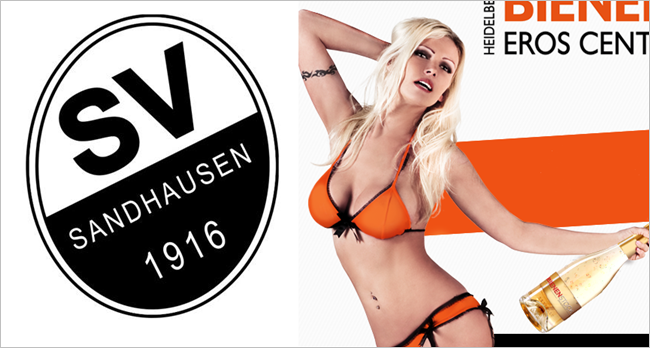 German second tier side SV Sandhausen have secured a sponsorship deal that is certain to go down well with a certain section of their supporters – namely the ‘sex-starved perv’ demographic.

Sandhausen recently announced that they have successfully agreed a commercial partnership deal with local brothel Bienenstock Eros Centre (which translates as ‘Beehive’), which is located in the neighbouring town of Heidelberg.

Bienenstock, it might interest you to know, claim to be the “most environmentally-conscious” brothel in the world, as Sandhausen general manager Jürgen Meier Mach explained thus.

They are a very serious partner. Alcohol and cigarettes are regularly promoted (by other clubs). At least Bienenstock is good for the environment.

As part of the agreement, the eco-knocking shop will now be able to advertise their services on the electronic hoardings around Sandhausen’s Hardtwaldstadion and take out a half-page advert in the matchday programme.

According to Bild, the deal will also come with a few choice perks for Sandhausen fans, who will be offered discount rates at Bienenstock until the end of the current season.