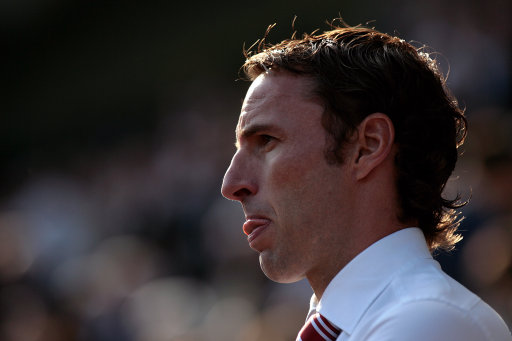 Famed for missing that crucial spot-kick against Germany back in 1996, Gareth Southgate has quit his post as The FA’s Head of Elite Development, thus ruling himself out of the running for the organisation’s Technical Director job.

The former Aston Villa defender released a statement on The FA’s website which said:

The FA can today confirm that Gareth Southgate will not be continuing in his role as Head of Elite Development and no longer wishes to be considered for the role of FA Technical Director.

The former England international joined The FA in January 2011 and has worked extensively on delivering proposed recommendations to the formats and structure of youth football, which were recently approved by FA shareholders.

He has also played a strong role as part of a wider group developing the facilities and plans for St. George’s Park and worked closely with the leagues in the implementation of the Elite Player Performance Plan.

Southgate himself was also quoted in the statement, saying:

“I’d like to place on record just how much I’ve enjoyed working at The FA over the past 18 months. It really has been an honour and a pleasure. Hopefully, I have been able to play some part in delivering important changes to the way children play at the youngest levels. It has also been a tremendous experience to work on the delivery of St. George’s Park.”

“The FA is heading in the right direction in terms of developing more, better coaches and players at all levels of the game under the leadership of David Bernstein, Alex Horne and Sir Trevor Brooking. I would like to thank them for their support throughout my time with the organisation.

“I’ve advised The FA that I will be pleased to help with specific projects moving forward”.

While Southgate is set to continue in his role as a pundit for ITV, where he must endure the never-ending idiocy of Adrian Chiles, one wonders if he might be thinking about getting back into management. If so, where do you think he might end up?