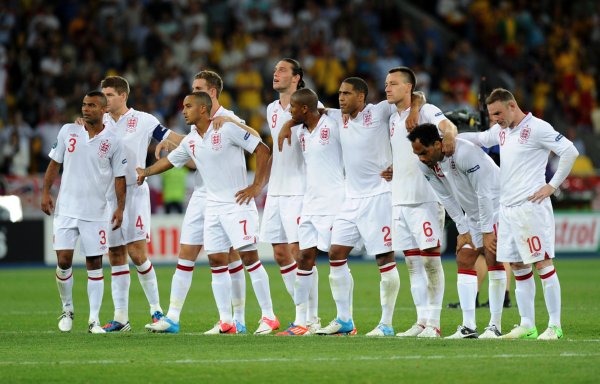 Not that they matter one iota, but England have moved up into third place in FIFA’s World Rankings – an all-time high – despite not playing a single competitive game in the month of July.

Yep. Due to whatever ridiculous algorithms FIFA use to construct their pointless dung heap, now only Germany and all-conquering reigning World and double European champions Spain are above Roy Hodgson’s boys in the standings.

England have leap-frogged Uruguay into third as the points accrued by the South American’s in winning last year’s Copa America seem to have arbitrarily lost some of their value (don’t ask us!) under the stupefyingly complicated system of co-efficients that FIFA use to determine the rankings.

Elsewhere in the August 2012 update, Brazil have dropped to an all-time low of 13th (due to them not playing competitive matches after qualifying for the 2014 World Cup as hosts), while Portugal, Italy and Argentina are unchanged in fifth, sixth and seventh respectively. Holland, Croatia and Denmark make up the remainder of the top 10.

South Sudan are the latest new entry on the list, and the 209th FIFA-approved nation overall, after drawing 2-2 with Uganda in their first competitive game as a country, allowing them  to sneak in in 199th place in the list.

For what it’s worth, here’s the top 20 lisitings in full (along with the rest of the home nations and the Republic of Ireland)…