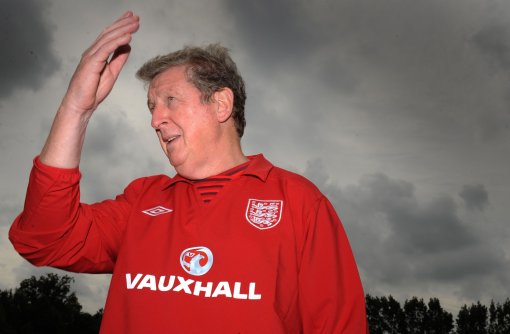 England coach Roy Hodgson has gone on record as saying he supports John Terry and that he hopes the centre-half will be ‘freed’ of his lingering FA ‘abusive language and/or behaviour’ disciplinary charge.

Hogdson is quoted (via BBC Sport) as saying:

“I’m not prepared to discuss John. It’s a matter which is really, as far as I am concerned, working for the FA, sub judice (still awaiting judgement).

“Everything I say can be misinterpreted – as far as I am concerned he has a case to answer with the FA and I’ll wait and see what happens.”

“I thought John did well in the Euros and I’d like to keep using him, but this is a case which is way out of my hands. John understands that. All I can do like many of his supporters, I suppose, is just hope he gets freed and can continue to play.

“John, hopefully, will be freed as he was freed in a court of law, and will carry on playing for England. That’s my hope. What will happen, I have no idea.”

Now, as Kenny Dalglish will no doubt tell you, speaking out in support of your player is nigh-on the worst thing a manager can possibly do – especially so when said manager happens to prominently work for the authority responsible for deciding Terry’s fate.

Basically, a prominent employee of the FA hopes the FA find John Terry not guilty. It’s probably utterly innocuous, but you can see where the issue may lie.

Gawd love him, but Roy definitely has a canny knack of failing to engage his ‘perhaps I should just keep schtum here’ filter before addressing a room full of journalists – the man has a penchant for the faux pas.

He really should just speak less.