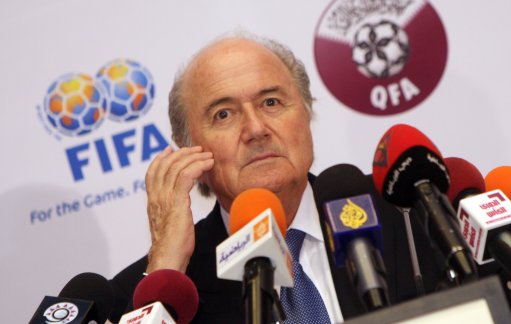 After conducting an investigation of their own, French football magazine France Football  – yes, the Ballon d’Or monsieurs – have claimed that they are sitting on empirical evidence that the bidding process for the 2022 World Cup was rigged in Qatar’s favour.

In a brief summary article posted on their website entitled ‘Should the 2022 World Cup be reassigned?‘, the magazine published the following passage:

“France Football has conducted an investigation on the appointment, without any apparent logic, of Qatar as the host country of the World 2022 , made twelve years before the competition.

“The result is instructive. Between acts of collusion and corruption that FF identifies in (our Tuesday edition), the designation has an odour of scandal that forces us to ask the only question that matters: should the 2022 World Cup vote be cancelled?”

The results of the probe allegedly prove that, back in December 2010, Qatar bought the votes of FIFA executives and won the bid – beating off strong competition from the USA, South Korea, Japan and Australia.

France Football claim the votes of Issa Hayatou and Jacques Anouma from the African Football Confederation (CAF) were purchased for $1.5 million each.

France Football reckon that Sarkozy and Platini then met with Qatar’s Crown Prince Sheikh Tamim Bin Hamad Al Thani to discuss Qatar giving French football a little something back in return and, lo and behold, skip forward a year or so and the Qatar Investment Authority are purchasing 70% of Paris Saint-Germain.

Shock and… wait for it… horror!

We cannot stress enough that nothing has been proven at all, but France Football are adamant that their findings will stand up and have submitted their evidence to FIFA.

Yeah, just leave the file on Honest Sepp’s desk and he’ll sort it.

Sort it through a shredder.