In lieu of the traditional pennant, the Turkey and Czech Republic captains (Arda Turan and Tomas Rosicky) exchanged carpets before the two sides’ friendly in Ankara on Wednesday night… 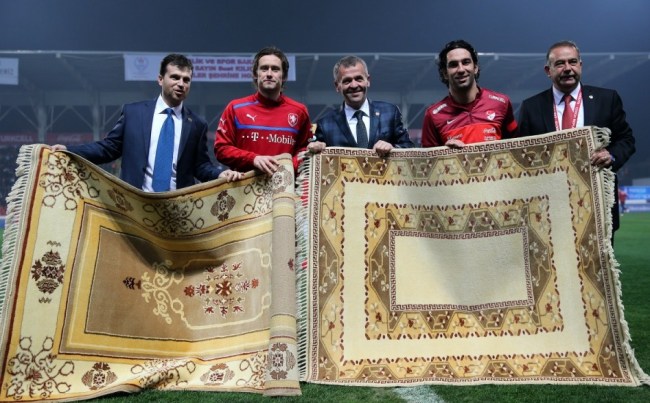 But it didn’t stop there, oh no. The Metro also have photos of Rosicky and Turan swapping little party bags to go with their new rugs, bags which included a box of fruity candies.

Who know what those dodgy sweets did to Rosicky’s insides, but the Czech skipper was forced to dash off to the toilet shortly after the start of the match after coming dangerously close to Gary Linekering himself in the middle of the pitch.