Sao Paulo-based newspaper Estadao have gone big over the weekend with claims that they have uncovered proof that the Brazilian national team is being selected based on each player’s “marketability” and has been for almost a decade.

With a headline barking “DOCUMENTS SHOW HOW THE CBF SOLD THE SELECAO”, the paper claim to have obtained a contract between the Brazilian Football Association (CBF) and a company called ISE, who are registered in the Cayman Islands and ostensibly have no employees.

Apparently, ISE are a front for a Saudi company called Dallah Al-Baraka, who have multiple investments in finance, healthcare and banking among other things.

The contract reportedly stipulates that certain elite “marketable” Brazilian players are to feature in every match (pending certifiable injury), with any breach of the agreement resulting in ISE stumping up only half of the agreed match fee of £660,000. 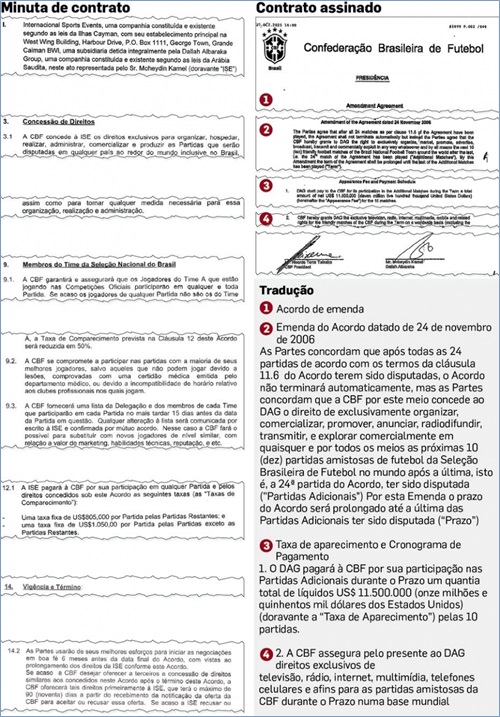 The CBF have been “fined” for not selecting the likes of Kaka, Neymar, Leandro Damiao and Dani Alves in the past.

Also, any new call-ups to the squad had to first be submitted to and ratified by ISE, who would only sanction it if the new player had ‘an equal marketing value’ to the man he was replacing.

Estadao also report that an initial 10-year contract was signed in 2006, though it was renewed and extended by CBF president Ricardo Teixeira four years ago.

If the huge claims are true, then it would mean that shady commercial partners have been effectively cherry-picking the Brazil team during the managerial tenures of Dunga, Mano Menezes and Luis Felipe Scolari – which is, of course, disgusting.

It’s all a bit spurious at the moment but if this is true then yuck…just yuck.

Indeed, you can’t help but wonder what other clandestine commercial deals are currently in place out there.