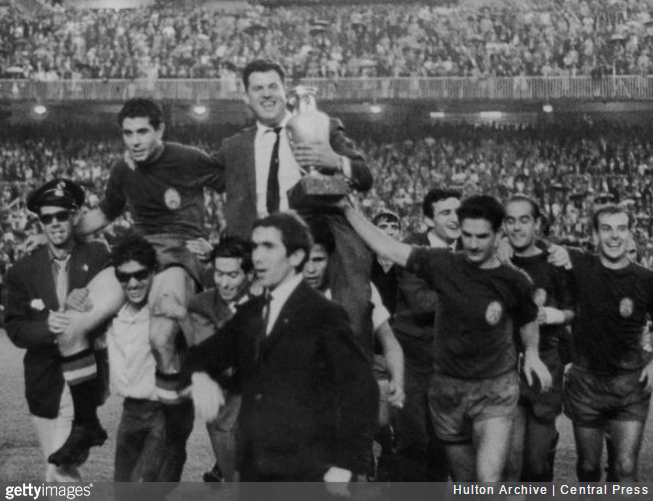 After a rocky start, the first European Nations Cup had obviously convinced the doubters to the point that by the time the second tournament began in 1962, some 29 of the 33 European nations had registered.

In fact, only West Germany, Scotland, Finland and Cyprus were absent.

As with the inaugural 1960 tournament, the 1964 edition was organised on the same home-and-away, straight knock-out basis as before, and again stretched out over two years.

Controversy flared almost immediately when Greece were drawn against neighbouring Albania – two countries that had technically been at war since 1912. Greece flatly refused to play in Albania and the Albanians were awarded a walkover. 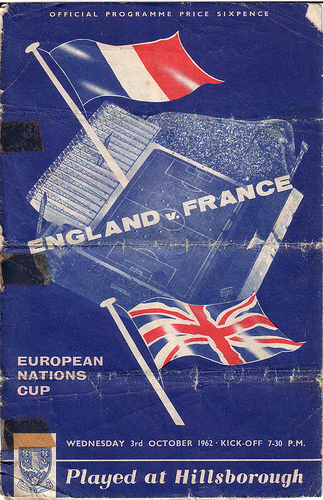 The outstanding tie of the first round was France versus England, a tie that pitted two legends against each other – Raymond Kopa of France and Jimmy Greaves of England.

The tie was played at Hillsborough and the French dazzled their opponents but, despite clear superiority, could only secure a 1-1 draw.

By the time the return leg rolled around five months later, Alf Ramsey had taken over from Walter Winterbottom as England manager but saw his team slump to a 5-2 defeat which initially led to a barrage of press criticism, but also brought about Ramsey’s reshaping of the team with the 1966 World Cup in mind.

However, it was Northern Ireland that pulled off the shock of the first round by beating a strong Poland side 4-0 over two legs.

The second round game between Italy and USSR was a classic, with the Soviets running out 3-1 winners on aggregate. The shock of the round came when tiny Luxembourg beat Holland 3-1 over both legs.

Many people expected great things from Hungary, but the Magnificent Magyars could only reach the semi-finals, where they fell to a 2-1 defeat against Spain.

USSR beat Denmark 3-1 in the other semi to set up a highly-charged clash between Fascist Spain and the Soviet Union.

A gigantic crowd of 120,000 swarmed into the Bernabeu in Madrid to see the game, and after only six minutes Pereda put the home side ahead (above) but it only took a minute to be cancelled out when Khusainov equalised for the USSR.

Then, in the 84th minute, that man Pereda crossed for Marcelino to score with a diving header that secured the trophy for Spain, and condemned the Soviets to their first ever defeat in the competition.