In what is likely to be the most baffling football news you stumble across today, two members of a Bulgarian ballet company have been sacked for vandalising the Hiroshima memorial park in Japan.

Graffiti was found daubed on a fence in the park near to the Museum of Peace (photo above), with spray paint used to write “Loko Sofia” in reference to Lokomotiv Sofia 1929, a Bulgarian second tier side.

The Hiroshima Peace Memorial Park is dedicated to the victims of the atomic bomb dropped on the city in 1945 and is built on a giant expanse of empty land that was created by the explosion. 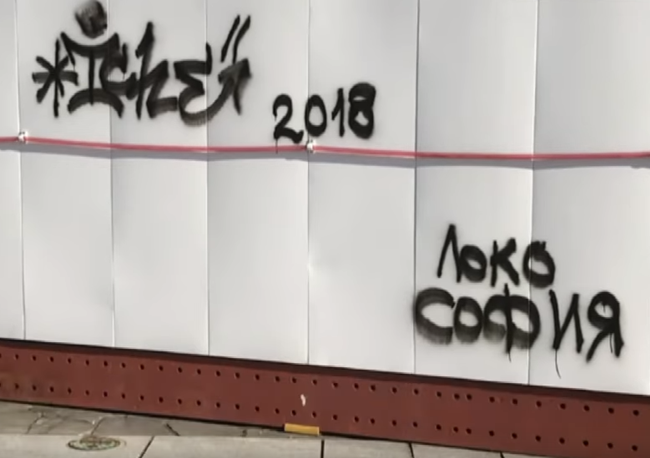 The brainless vandalism has been national news in Japan, with a police investigation underway into the incident.

Now, in a slightly unexpected turn of events, it would appear that the goons responsible were two members of the Sofia Opera & Ballet company, who were visiting Hiroshima as part of a tour of Japan.

According to Pies’ Bulgarian football shaman @mshumanov, the pair – who are identified as members of the technical staff – have already been sacked by the ballet company.

The company have also released a short statement in which they insisted there are “no words to describe how sorry we are”.

The Bulgarian Ministry of Foreign Affairs have also condemned the whole stupid thing and offered their apologies to the whole of Japan, writing on their Facebook page:

We find it utterly inappropriate to express football bias on this UNESCO World Cultural Monument in memory of the victims of nuclear bombings.

We categorically condemn the assault and offer excuses to friendly Japan.

A timely and scarcely believable reminder that, even in times as enlightened as these, the morons still walk amongst us.