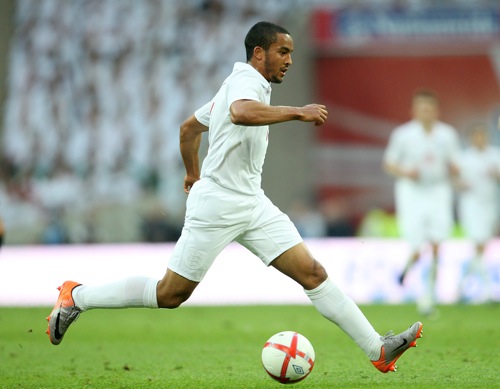 I know what most England fans think, at least based on various football forums. They think Theo Walcott is a shit footballer with loads of pace and very little else in the ‘pros’ column. The new Walcott cliche? He’s an athlete without a football brain, whatever a football brain is.

Objectively, I’d say Walcott is a good young footballer with confidence issues. He frustrates us because he was overhyped by the media at a very young age and – surprise! – he hasn’t delivered on his potential. He once scored a very good hat-trick for his country, not that long ago, and I think it’s foolish to write him off, despite some poor displays of late. I don’t believe he merits a starting role for England, because as a starter he often seems to lose his way, but he has shown his worth coming off the bench and so I would take him to the World Cup. He can be a very, very dangerous weapon on the counter-attack.

So to all those fans who say ‘What the hell does Capello see in Walcott?’, the reply is obvious: Capello sees much, much more of Walcott than we do so he’s better-placed to make the call. He’s the gaffer, we’re merely armchair gaffers.

That’s my piece. But would you take Theo to South Africa?