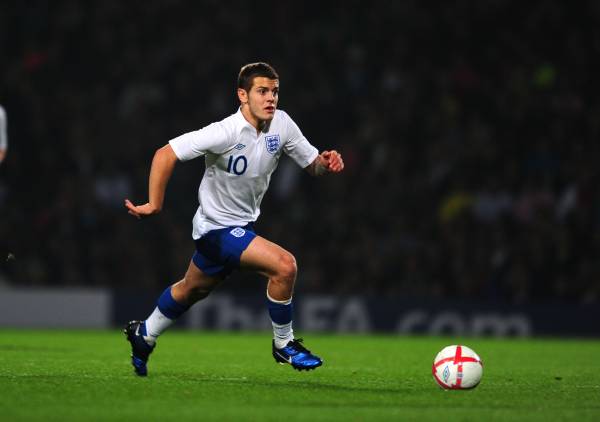 With 33-year-old Emile Heskey out of the running, 25-year-old Wayne Rooney gradually being found out as the hod carrier he really is, and 21-year-old Theo Walcott seemingly fated to be stuck in ‘excited puppy in a waxed hallway’ mode for the rest of his career, it’s high time for England’s next messianic saviour to be identified, burdened accordingly, then smeared into a fine paste under the weight of a nation’s monolithically self-important footballing pretensions.

Step forward, 19-year-old Jack Wilshere, who, according to Fabio Capello (via an interview with the Daily Telegraph) is to be groomed, starting with England’s friendly against Denmark on February 9th, into the national side’s ‘Claude Makelele’ – only better:

“Wilshere will be one of the new players [to play against Denmark). I’ve monitored him for five months and he has improved a lot.

“I want to try to put him in this position in front of the defence. He is mature enough to play this role.

“Wilshere is the best new young player and playing all the time with Arsenal.

“It is important for Wilshere to understand that he will be the future.”

Got that? Wilshere is a slower-though-several-times-better-player than Makelele (of the ‘Makelele role’ fame) ever was and, for the record, he’s also the best young player out there.