Well folks, this is it.

As modelled by Jack Rodwell, this is the kit that Team GB will be wearing at the London Olympics this summer… 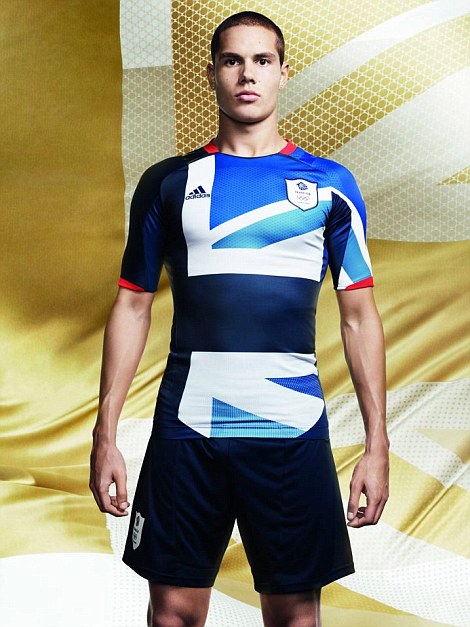 There’s a Union Jack pun in there somewhere, I just know it.

If you’re wondering, ‘if this is the GB kit then what the hell was that blue thing Gareth Bale was wearing way back when?’ – don’t worry, I was too – it turns out that was an official commerative Team GB ‘supporters shirt’, i.e, a kit produced especially for the fans.

I know, I know. It’s terrible isn’t it? A ‘supporters’ shirt. If there’s any justice, they won’t have sold a single one.

As for the Team GB kit proper (which apparently isn’t going on general sale), it gets a great big whopping ‘meh’ from Pies. Looks like something from the back of the pack at the Tour de France.