Having become both the first Welsh club to attain and then retain Premier League status over the past 12 months, Swansea are celebrating their centenary year with a new kit that reflects the swell of national pride that has accompanied their success – with Adidas stitching together an uber-Welsh new away strip for the Swans to wear as of next season… 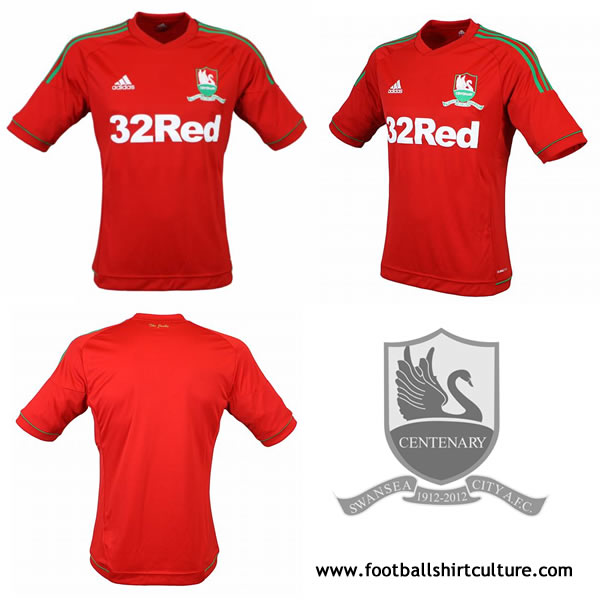 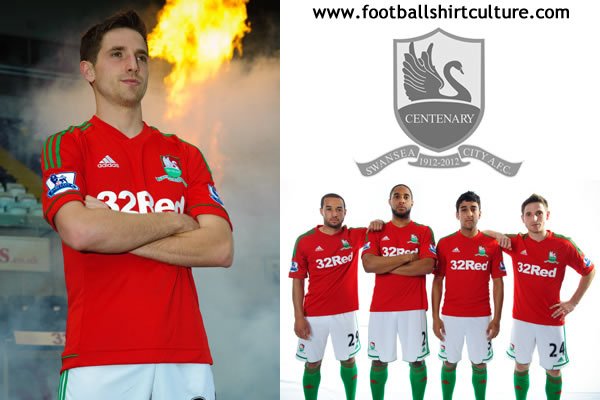 Welsher than a leek and daffodil rarebit

Despite the old ‘red and green should never be seen’ maxim, we love the symbolic combination here – a nod to the national flag/colours. It’s so Welsh, you can practically hear it humming with Welshness. ‘Land of my Fathers’ or ‘The Green, Green Grass of Home’ or something thereabouts.

The little touches are also nice (‘Jacks’, the club’s historic auxiliary nickname, is embroidered in gold on the neck) – perhaps a nod to the ‘little touches’ that Brendan Rodgers’ players have specialised in popping off this season? Or perhaps not.

Via FSC (In case you hadn’t already guessed!)