After 103 years in blue, Cardiff City – via some ‘significant branding’ on their Malaysian board’s part – bumped their bluebird and went red in exchange for £100 million’s worth of the club’s soul. Not that it’s really the end of the world or anywhere even close; it’s happened before and, as the money continues to rarefy, it’ll doubtless happen again. And again. And again.

Here’s a few examples of past footballing livery changes that, while may have caused a bit of a stir at the time, didn’t see the sky become a lake of fire, etc, etc… 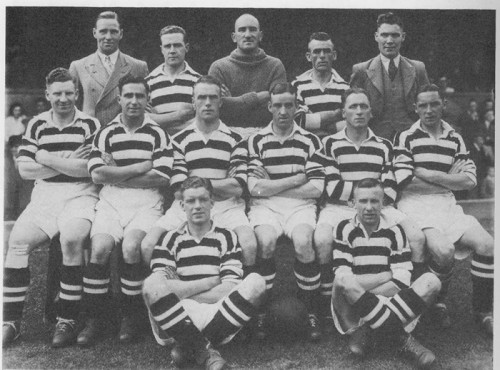 1. Manchester United: After a few years of chopping and changing between their now-famous red home strip and a white, chevroned affair, United decided to register their home colours as ‘maroon/cherry (depending who you ask) and white hoops’ for the 1933/34 season after the players began believing their hooped change strip from the previous season was lucky. It lasted three months before results went tits up and fans demanded normal service be resumed. The red kit was reinstated immediately. 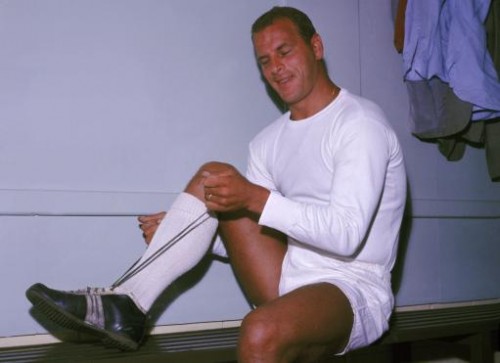 2. Leeds United: Since their inception in 1920, Leeds played in royal blue and white stripes until the mid-30s, after which they played in a few subtle variations of the ‘yellow and blue halves’ design. That was until Don Revie took over in 1961.

Revie wanted to install a new ethos at the club and, fancying that the club should look like Real Madrid on the pitch, changed their strip to all-white. They certainly looked like Madrid, though whether they played anything like Puskas, Di Stefano and co. is very much open to debate. Revie also went on to add an owl to the club’s crest in 1964, for the simple reason that he happened to think birds were lucky.

3. Arsenal: The Gunners ditched their old ‘Victoria Concordia Crescit’ badge for a more streamlined design back in 2002 – removing all the heraldry guff and keeping nowt but the cannon and the club name after failing in a bid to copyright the former crest. ‘Uproar’ would be stretching it, but the move was seen as a cynical marketing exercise by a fair old wodge of Arsenal fans at the time. Fast forward a decade and precisely no-one gives two hoots. 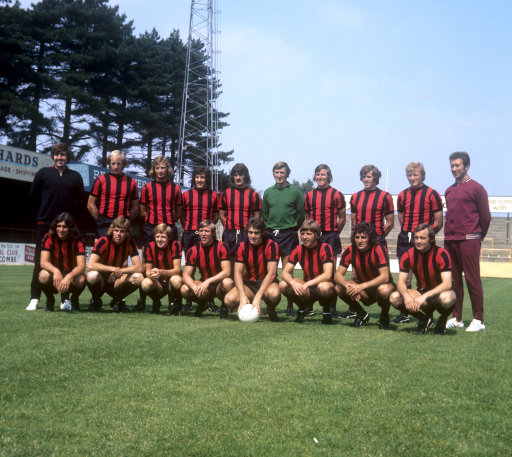 4. Bournemouth: Similar to Don Revie’s fervour for Leeds to look like Real Madrid, Bournemouth (seen here with a young Harry Redknapp in the front row) added black horizontal stripes to their previously red shirts in 1970/71 as a homage to AC Milan. Sadly, dominant European success was not forthcoming, though the Cherries were promoted from Division Four as runners-up that season. 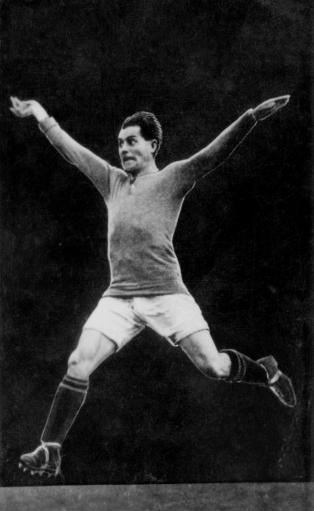 5. Chelsea: The Blues have been precisely that for going on 90 years, playing in their now familiar Royal Blue since 1920 . However, in the years before that Chelsea played in rather fetching minty pastel-turquoise shirts nabbed from the Old Etonians after the First World War – though it’s also mooted that the shirt was rendered in the racing colours of the then-president, the Earl of Cadogan. Take your pick.

Though the opposition was fairly minimal, the Royal Blue strip was said to be an unpopular choice at first, as many supporters backed plans to wear red as a nod to the club’s association with the Chelsea Pensioners – a member of which was depicted on their club crest at the time (and remained until the Lion came into use in 1952).

(By the way, the fellow above is none other than Jack Cock, the Chelsea striker who was wounded in WWI – presumably because he went ‘over the top’ while prancing about like a…well, like a bit of a cock.) 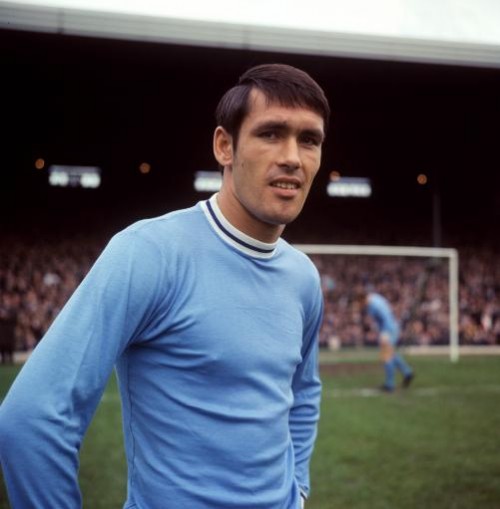 6. Coventry City: After playing in predominantly white with blue trim for the best part of 40 years (and a brief stint spent in gruesome red and green halves between 1922 and ’24), Coventry drew from a past kit and made the big switch to sky blue in 1962. It’s served them well and they haven’t looked back since – well, not ‘kit-wise’ at least. Seen above is a chilly Tony Hateley (Mark’s old man, they share a face) modelling City’s 1968 strip. 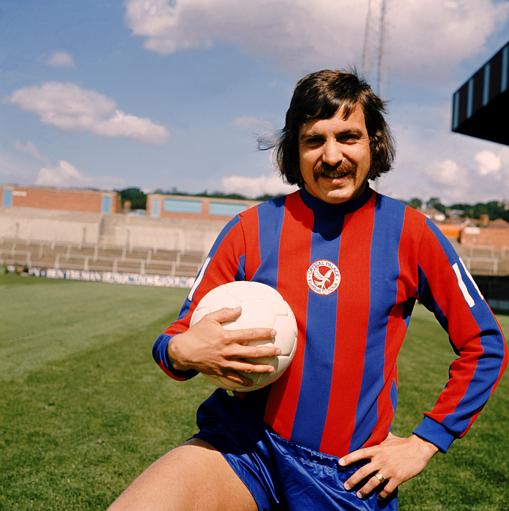 7. Crystal Palace: The ever-debonair Malcolm Allison came in and completely altered Palace’s colours in 1973 in a bid to shed their somewhat conservative homely image, binning their (really rather nice) cream, claret and blue kit in favour of the red and blue stripes they still wear to this day. The numbers on the arms are a nice touch. Being the fedora-favouring renegade style svengali that he was, Big Mal also completely redesigned the club’s badge – adding a eagle and changing Palace’s nickname from ‘The Glaziers’ to ‘The Eagles’ in one fell swoop.

Granted, these kit changes may not have happened under identical circumstances, but Cardiff’s predicament is just a fresher shoot on the same old tree. For better or worse, we’re currently at a point in time where ‘the brand’ is more important than ‘the tradition’ in keeping football chugging on until it finally eats itself – that’s just about the long and short of it.

As we said up top; when all is said and done, it’s not really the end of the world, is it?