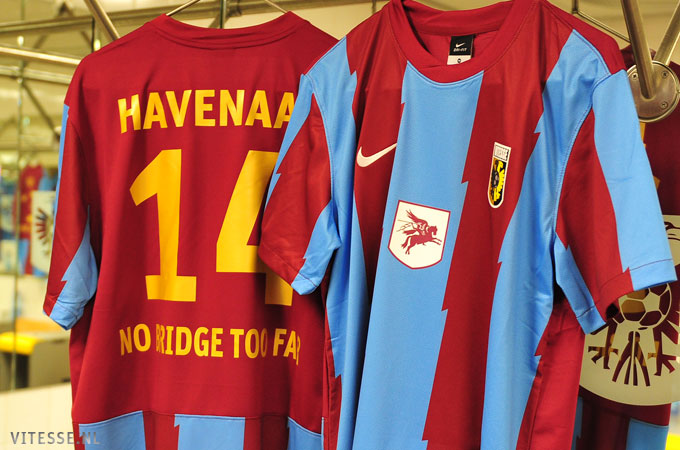 Eredivisie side Vitesse Arnhem switched from their usual black and yellow-striped kit and played in a snappy claret and blue number against Heracles Almelo at the weekend to commemorate the 68th anniversary of the Battle of Arnhem during the Second World War – claret and blue being the colours of the British 1st Airborne Division who carried out ‘Operation Market Garden’ in the Dutch town, with 1st Airborne’s ‘winged horse’ logo also incorporated into the design… 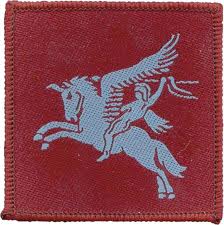 The kit also carries the slogan ‘No Bridge Too Far’ (a reference to the famously sprawling 1977 film about the battle, ‘A Bridge Too Far’, starring the likes of Dirk Bogarde, James Caan, Michael Caine, Sean Connery, Anthony Hopkins, Gene Hackman, Laurence Olivier and Robert Redford), which Vitesse have adopted as their official club motto for the 2012/13 season.

The gesture was bought about by the Vitesse Supporters’ Club with cooperation from Heracles and the KNVB, with the individual kits now due to be auctioned off for charity – though not before Vitesse wear them one last time against VV Gemert in the Dutch Cup on Wednesday evening. 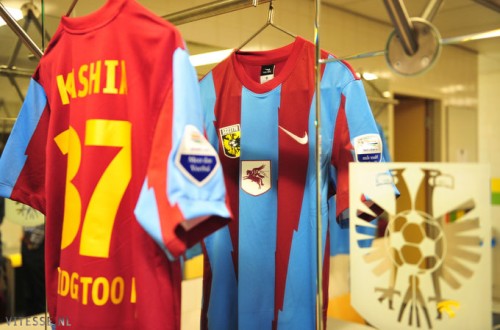